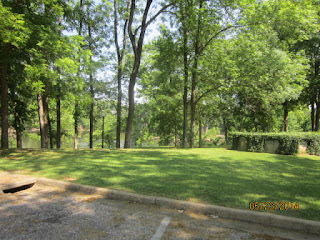 “Trapped” (2016), by Dawn Porter, documents the problem of “TRAP” laws, or “targeted regulations of abortion providers”  (plural is optional), aimed at shutting down all abortion clinics in states that have them. The film focuses particularly on some clinic owners in Alabama and Texas.  The Supreme Court  has just heard oral arguments on the Texas HB2 abortion law  In Wikipedia it is documented under Texas Senate Bill 5.

The film presents several clinics, following their closings and re-openings and moves.  Restrictions comprise mainly having to have full operating room facilities, requiring doctors to have admitting privileges in nearby hospitals (which are hard to keep if they don’t really have to admit patients) and limiting their distance to schools.  One female owner says she lives off her 401K and can’t pay herself.

My own position, in my first DADT book, as that the right of a woman should continue to be constitutionally protected for at least the first trimester.  As a gay man, it is very unlikely that the issue can affect me directly.  At an intellectual level, I feel that the unborn would need to reach a certain point in development before his or her right overcomes the woman’s.  But in the 1990s, TRAP laws weren’t yet being tried much.

But I can see how the moral argument matters indirectly.  It is impossible for someone of childbearing age to engage in heterosexual sex and be absolutely sure a pregnancy won’t result.  The film documents a case in south Texas where a 13 year old girl became pregnant by statutory rape.  Although the man can be brought to justice, the girl will be forced to become a mother without her ability to consent (since she cannot overcome the practical hurdles to get an abortion, unless she travels to New Mexico). Such a possibility implies that women, under the law, do not have the absolute right to refuse to bear children (which is what some men want).  It is logical then to say this is why sex should happen only in legal marriage.  Until recently (when gay marriage became possible), such reasoning could imply that gay sex should be wrong because it doesn’t expose the participant to share in the same risk of procreation. A requirement that anyone bear that risk for the “benefit” of sexuality implies that anyone can wind up sharing the responsibility of raising a child with disabilities, so in a way such moral reasoning protects the value of people with disabilities.  As a practical matter, in today’s world, anyone can wind up with the filial responsibility of caring for a disabled parent.

Official site is here  (PBS Independent Lens and Trilogy Films).  I saw it before a fair audience at Landmark E Street Monday afternoon.  There was a QA Friday which I missed due to sellout.