"The Young Messiah": Age seven is just too young, later years would make more sense in this drama about Jesus's boyhood 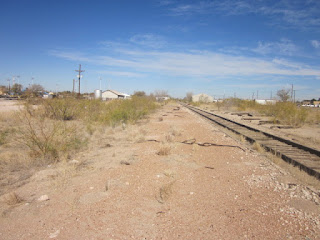 “The Young Messiah”, directed by Cyrus Nowrasteh, co-written with his wife Betsy Giffen Nowrasteh, and based on a historical novel by Anne Rice, tells the story of the young Jesus from his point of view.

But the entire film takes place when Jesus (Adam Greaves-Neal) is seven, not when he was twelve and impressed his teachers.

The story starts in the family is still in Egypt, and the boy seems to have attracted the attention of a demon, or “Satan” (Rory Keenan), when he is involved in an incident where an Egyptian teenager stumbles to his apparent death, and then Jesus stalks into his home and brings him back to life.  The family returns to Nazareth when Joseph has a dream telling him that Herod his died.  The idea that people could “communicate” telepathically through dreams often occurs in films of this area (as it does in “Avatar”).   The demon sometimes stalks him, almost like a pedophile or future ephebophile, while a very undead Herod (a gratuitously foppish Jonathan Bailey) also starts searching to eliminate a future political rival. Jesus performs some more healings along the way.

I think that the narrative of later years, before ministry, up to the temptations (by the same demon) would be more interesting. But this was a historical period when Godly miracles were the most people could really believe in.  The universe we know today makes God seem impersonal most of the time, but I think quantum theory predicts that rare interventions happen.

The film made me ponder the idea of documentary films about profoundly gifted teens and young adults, some of whom I’ve covered on my blogs.  The popular Smallville series, on WB and CWTV for ten years, follows this idea, especially in the first three seasons.

The film was shot in Italy with a largely British cast, and post-processed in Louisiana.

The official site is here  (Focus Features).  I saw the film in a large auditorium at Regal Ballston Common, the first in one of the big rooms there since the renovation with reclining seats.   The auditorium is still much larger than those at the AMC Courthouse or Shirlington, which makes sellouts less likely.  The practice by many theaters does reduce seating capacity and often means that for weekend showings you need to buy online in advance for popular films.  There were not many people there for the Friday afternoon showing.  The digital projection (full curved anamophic widescreen) is outstanding.