"The Barkley Marathons": extreme sports in the Tennessee mountains 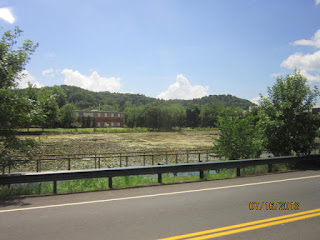 “The Barkley Marathons: The Race that Eats its Young” (2014), directed by Annita Ilkis and Timothy James Kane, is a lively documentary about extreme sports, particularly an ultra-marathon event  held near Warburg, TN, in the Cumberland mountains (not too far from Oak Ridge) every spring.

The event comprises running five 20-mile loops in an area within 60 consecutive hours, It was inspired by the escape of James Earl Ray, who had assassinated Martin Luther King.  One of the loops negotiates a tunnel underneath Brushy Mountain state penitentiary (reminding me of North Carolina’s “Road to Nowhere”).

People camp out as they accumulate for the event, and they are mostly young to middle-aged men, often slender in appearance. The documentary follows three of the men in the last loop, as one wins the race in 52 hours, and another finishes just before 60 hours.  They have to wait to leave at an arbitrary time announced by blowing a conch shell one hour before the start, which may be in the middle of the night.

Some of the men get badly cut up during the runs by the plant vines on the trails.

The official site is here (Gravitas Venturas).  It can be viewed on Netflix Instant Play or on iTunes.  Oddly, some of the film was shot in other states besides TN, especially PA.