"Out in the Dark": gay love affair between an Israeli and a Palestinian challenged by religious politics 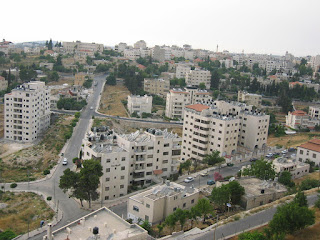 “Out in the Dark” (2012, directed by Michael Mayer, written with Yael Shafrir) presents a love story between an Israeli and a Palestinian.  This idea has been done before (like the 1975 novel “An Affair of Strangers” by John Crosby), but here it is a gay male relationship.

The moral questions – how to escape evil -- abound. Of course, individual human relationships ought to trump over group political and religious conflicts (the peace dividend, as Jimmy Carter calls it); but they don’t, because we are beholden to our origins.  And we ponder how religion is the justification for more killing than any other human practice.

The Israeli is attractive young lawyer Roy Schaffer (Michael Aloni), whose “looks” even seem “Gentile”.  He is well connected to power circles, and this helps somewhat.  The Palestinian is a psychology graduate student Nimr (or Nimer) Mashrawi (Nicholas Jacob), who comes from the West Bank (Ramallah is mentioned, and is one the area’s most troubled cities), and who doesn’t seem particularly religious or observant, and seems to want religion to moderate and get out of the way of living.  But his family is very demanding of loyalty, as we find out. He has a student visa.

Nimr’s brother gets in trouble and is killed.  This, as well as some drug activity in the family, draws attention of security forces, who then revoke Nimr’s visa, demanding that he spy for them.  Israeli security, despite official support for LGBT rights, is not afraid to use blackmail of LGBT Palestinians to get its way.

This sets up a tragic confrontation, where Roy must risk his own career (and his father’s “Israeli mafia”  connections) to help Nimr escape to the “safety” of France or Belgium.  I think the story of this movie gives some hint as to why the Muslim immigrant communities in those countries are so disenfranchised and angry.  Nimr, a gentle person with no inclination to violence at all, will be forced to survive in this environment.  This movie certainly invites a sequel, perhaps set in post 11/13 Paris or even Molenbeek.

This film is intense and painful to watch (and earns at least four out of five stars).  Some of us should be grateful we don’t live there.

The film is available on Netflix DVD (offering a few short deleted scenes and ten minutes of interviews), or Amazon. 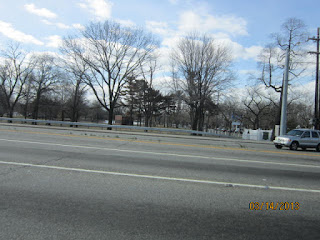 For a nice 15 minute short film, try "Lloyd Neck" (2008), by Benedict Cambell, in Sundance, link.  The younger sister of a gay high school track athlete finds out that her favorite idol is in fact her brother's boy friend, before she really understands what sexuality means. Set on Long Island.

Second picture should be Valley Stream, LI from the LIE, March 2013 (after Sandy).