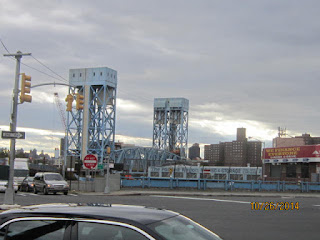 Today, I visited the DC Independent Film Festival being held at the Naval Heritage Center  near the National Archives (among other locations).  The stadium Burke auditorium is spacious and has an ample, curved screen.  The program I selected was documentary shorts, “On the Poetic Side”.

The longest film was “Freak the Language” (2015, 28 min), directed by Lee Quinby and Sam Hampton, presenting the work and world of African-American (in the sense of Obama) poet David Mills.  The poet lives and works in Queens, NYC, with many outdoor scenes near the Triborough Bridge, or along the Flushing subway line.  The film has a lot of scenes where he seems to be teaching college English, or at booksigning party events, reading some of his poems, which often have some pretty strong language.  But in one sequence he reads the famous Love Chapter from Corinthians as the camera shows everyday life in a Latino neighborhood in Queens.

This seems to be his biography.  I could not find him on Wikipedia’s disambiguation page.

The second film, “The Interior” (2015, 24 min), directed by Jonathan Rattner, was the most original.  It depicted the life of 56 mushing dogs and four humans in a camp 120 miles north of Fairbanks, AK, in January, when there are 5 hours of daylight.  The daytime shots go out into primeval forests and show the beginnings of the Brooks Range.  The night-time shows the aurora borealis. But the most remarkable part of this film is how it presents the dogs, often talking to one another in howls, and how the world functions from the dog’s viewpoint, as a social animal, able to remain a center of attention from humans because of the dog’s loyalty to humans as the head of its pack. 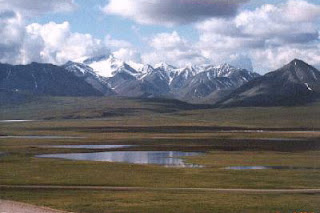 The film should not be confused with “The Interior” by Trevor Juras (Canada), which I have not yet seen.

The third film is “Worley Mountain” (5 minutes, Facebook link ) by Allen Myers.  The film shows the harvesting of Christmas trees in late October at a camp that appears to be set in British Columbia.  Most stumps will actually grow back.