"Creative Control": a story idea using avatars controlled by smart phones, but it could work with dreams and telepathy 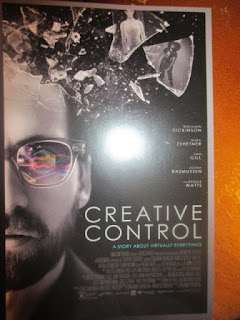 “Creative Control” (2015) is a curious sci-fi high tech comedy, with some ideas close to my own experience. It is directed by Benjamin Dickinson, the young man (maybe a little under 30) who also stars as its protagonist, David.  The film is written with Micah Bloomberg.

The subject matter of the film, shot mostly in black and white Cinemascope (the “Hud” effect) is avatars created for the viewer by “Augmented Reality” eyeglasses, and these creatures are presented in subdued flesh-toned technicolor.  The ideas behind the film did occur in James Cameron’s “Avatar” (2009), but the curious connection is to the virtual reality eyeglasses of Kathryn Bigelow’s ambitious thriller “Strange Days” (1995), set in the period leading up to Y2K. 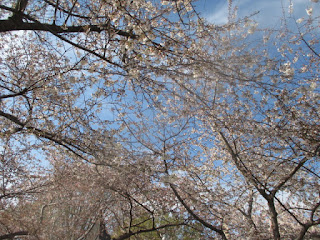 David works for a company called Augmenta, and seems to be its chief creative director and programmer.  There’s a lot of talk about how these v.r. tools will make real money for the stock market, but David gradually, and then more quickly, gets drawn into the world of “fantasy sex” with the female avatars, which interferes with his relationship with his girl friend, Juliette (Nora Zehettner). He seems buddy with other men, including his boss (Dan Gill), with whom he seems to feel some mildly homoerotic interests.  But he’s more or less on the heterosexual side of the Kinsey scale when it comes to fantasy.

The fantasies are presented with a lot of interesting classical music, mostly Bach, Handel and Vivaldi, but there is one sequence where the slow movement of the Schubert Piano Trio, a dominating part of the film. 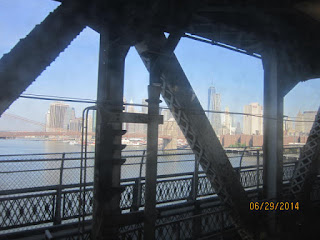 The film script says, at one point, that the company is in Brooklyn’s  Bed Stuy, and a lot of the outdoor scenes looked like the area.

There’s a critical conversation with the girl friend, over dinner, over ethics, which makes both of them seem like hypocrites. Yes, the company is dependent on a hard-to-get rare earth metal that is controlled by China, which is the kind of problem Donald Trump says he will handle for American business if elected.  There is also some diffuse guilt that they can live well off the sweat of poorer parts of the world. That’s what drives the anger of the white working class that Donald Trump is appealing to.  I wondered if the timing of the theatrical release was intended to coincide with the critical GOP primaries. The writers seem to want to make arguments about free trade issues several times in the film. 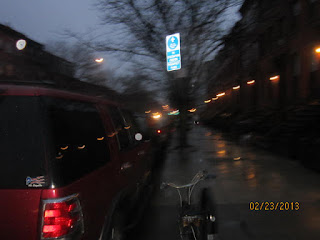 David, as are several other males, is presented himself is quite attractive and vigorous.  We gradually see more of him, the great shaggy legs, but later, curiously, a “thmooth” chest.  He might want to become just a tad tighter in the abs.

The company also promotes a product called “Phantelic”, which seems to be a kind of e-cigarette with aphrodisiac properties.

The idea that you could have a real experience with a computer avatar makes more sense in the world of dreams.  Indeed, in my own dreams, it is possible to experience “what it would be like” to be intimate with specific persons.  In my experience, I can’t really control who the person is, or exactly what the person “does” in the dream – so I don’t have quite complete “creative control” of the experience, but would I want it?  You could imagine a screenplay where these persons learn of this connection to me through telepathy or remote viewing, leading to all kinds of conflicts in an alternate world.  In fact, that idea (which the Monroe Institute espouses) gets mentioned by one of the supporting characters who decides to go to the Amazon to live off the grid for a while – but practice his psychic powers.

The official site is here  (Magnolia, Amazon Studios, Ghost Robot, Greencard Pictures, and “Mathematic”).  The picture claims that it is “about virtually everything.”

I saw the film at Landmark E Street in Washington DC, only two in the audience, late afternoon, after visiting cherry blossoms.