"Battle Royale": Game-oriented elimination contest among kids seen controversial in this manga-like film, but the basic idea happens in other popular films 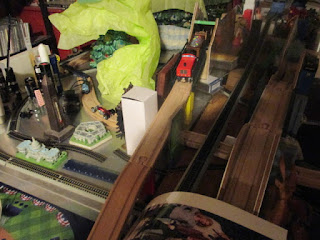 One of the most controversial films of all time may be “Battle Royale” (2000), from Japan, directed by Kinji Fukasaku, based on the novel by Koushun Takami.  The book also generate comics, or manga series.

The film has been called the Japanese “Hunger Games”.  The film places a group of teenagers on an Island six miles square, to fight each other off until only one survives.  The “game” in the story is influenced by previous games, and by past connections among the characters, and by hacking.  The story is also structured by plot-mapping to a previous basketball game, but only an extended director’s cut shows all the flashbacks and epilogues. Some screenwriters consider the use of a past sports event as a map for a future battle an interesting technique, and apparently the film is sometimes taught.

The film has a prologue in which a male student discovers his father’s suicide, and where a controversial teacher resigns.  A year later, a class, believing it was handpicked for a special field trip, finds itself going through a long tunnel, to an island, where the teacher explains the students will be pitted against one another until only one survives.   Besides the teacher, a gleeful woman explains the deadly tracking collars the students must wear.  Various game-like manga characters are used to illustrate the situation in animation. The government has passed this "BR" law to collar spoiled and rebellious youth.

The film is quite violent, giving counts of how many remain to be eliminated.  The concept is at first so brash and so shocking that the film, while a tremendous success in Japan, was banned in many countries, and did not start appearing in the US in film festivals until 2011.  It would probably attract an audience at midnight showings.

The music score includes a great deal of romantic classical music, including the "Dies Irae" from Verdi's Requiem in the opening scenes.  The music and glorious cinematography (although in standard aspect) contradict the B-movie plot idea -- although the actual writing and structuring are quite professional.

The concept seems particularly vile, but similar ideas are found in other popular films and TV series, including (besides Hunger), The 100, Lord of the Flies, and even The Matrix.

Of particular concern is the attitude of the teacher Kitano, as a disciplinarian.  Why would a culture just eliminate a lot of a future generation?   Perhaps we can think back to the way the Vietnam era draft, with deferments, worked in the U.S. for clues. Or consider "rank and yank" culture in the workplace.

The official site is here (Toei).  The film is available on instant play on Netflix (without all the basketball material, which is actually critical to the integrity ot the concept) and Amazon.  A director’s cut DVD would be desirable. The distributor identifies the film as available in 3-D,

Picture: a piece of the model “rama” world for my own layered screenplay “DADT Epiphany”.