"Where to Invade Next": Michael Moore travels the world, as if campaigning for Bernie Sanders 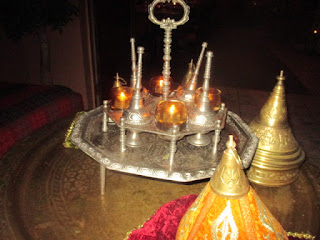 “Where to Invade Next” is indeed the latest lesson in political morality from Michael Moore.

He starts by recapitulating our recent wars, saying that WWII was the last one we won. He speaks before a mock session of the Joint Chiefs of Staff (and not, this time, about “don’t ask don’t tell” now that it is repealed).

Moore goes on a one-man “invasion” of a few countries, to show what they can offer us. OK, some f this comes from the Bernie Sanders recipe for socialism, and it’s hard to see how to pay for it.
Italy and Germany both offer a lesson on the idea that generous workplace benefits for workers pay off for bosses and the economy.  Both offer long vacations, shorter work weeks, and paid maternity leave (and sometimes other family leave). Italy lets workers have two-hour lunches at home.

Germany keeps its people in tune with the karma of the past, with many monuments of Jewish families that were kidnapped from Berlin and sent East during the Holocaust.

Slovenia (part of the Balkans, in the firing line for Bosnia in the 1990s) now offers free university education, and even a few America students go.  Slovenia is to be distinguished from Slovakia, and Moore's tongue slips once. He introduces the country with a stunning shot of the southern Alps.  (Yup, "it's free".)

The most interesting lesson for me was Finland, which introduces Krista Kiuru, Minister of Education, and Tim Walker, an American exchange teacher. Finland has banned homework, at least in lower grades, and has a much shorter school day than the US does, where longer school days and even boarding are being advanced for underprivileged kids.  I found it hard to believe this can work.  But remember that even in the US, the most gifted kids teach themselves math, science, music, and computer programming (look at the histories of Mark Zuckerberg, Taylor Wilson, both Andraka brothers – whom I suspect reinforced each other’s learning curves). Despite the Internet rumors, the people looked exactly like all other Europeans – mixed.

In Norway, Moore visits the prison system, which provides prisoners some amenities of home (and Internet access) even in maximum security.  The longest possible sentence is 21 years. The 2011 attack by Anders Behring Breivik , a right-wing extremist (not connected to Islam), is covered.

Moore then turns his attention to issues that may lend themselves to conservative or libertarian solutions.  He visits Portugal (which I visited in 2001) and covers the county’s abandonment of the war on drugs.  Crime goes down as a result. Moore then shows some footage from the US Civil Rights movement, going back to the history of slave auctions in past centuries, as if to suggest that US drug laws are specifically designed for racist purposes.  He shows some lynching photos, and that makes me wonder if Moore would be interested in completing the project of the late Gode Davis, "American Lynching".

The most credible coverage may be of women’s equality.  He visits Tunisia, which was willing to very from religious traditions in secular life and put women in office, and remove the law from home. But ISIS recently launched an attack on tourists in Tunisia (after the film was made).

In Iceland, Moore covers the gradual election of women to office, and then the idea that the 2008 financial crisis, which led to the failure of three banks, was driven by male-dominating behavior in the markets.  Iceland did not do a bailout, but put twenty banking executives in prison, as if their crimes were like Madoff’s.

The film ends at the Berlin Wall, where Moore describes how it was chipped away manually and lasted only thirty years.  He mentions gay marriage as an example of how quickly social change can happen.

He doesn't cover the Charlie Hebdo or 11/13 attacks in France, or the whole assimilation problem of Muslims (and now of the flood of refugees, which is starting to create friction even in Finland). In general things for minorities do not seem as good in France, Belgium, or the UK.  But possibly the over generous workplace benefits makes it impossible for employers to hire immigrant minorities in a way that would help them assimilate -- that would be the conservative or libertarian argument.

The official site is here (IMG and “Dog Eat Dog Films”).  The Philadelphia Inquirer calls this Moore’s “most radical film”. But applauding health care in Cuba in “Sicko” was pretty radical.

I saw the film at Angelika Mosaic in Fairfax VA today, before a fair audience.  There was a short film "Toyata Impetus" about the car maker's support of domestic manufacturing in the US.

Picture: Table setting from a Moroccan restaurant in Washington DC (mine); a similar exhibit exists at Epcot in Orlando.