"The Last Metro": Truffaut presents a theater in Paris under Nazi occupation 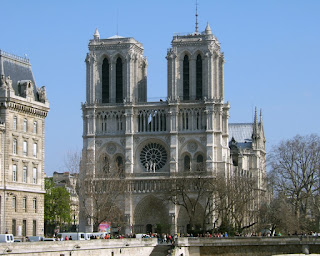 “The Last Metro” (1980, “Le Dernier Metro”) is one of the most compelling of Francois Truffaut’s meta-films, dealing with a Gentile wife’s (Marion Steiner, played by Catherine Deneuve) hiding her Jewish husband Lucas (Heinz Bennett) in the basement during the Nazi occupation of Paris, while she does all the work of producing plays at the Theater Montmartre.

In fact, she puts on the Norwegian play, “La Disparue” (“The Woman Who Disappeared”), hires a leading man Bernard (Gerard Depardieu), who will close a love triangle.  The theater carries on underground tolerance, with a homosexual director (Jean Poiret) and lesbian designer (Andrea Ferreol).

The title of the film refers to the fact that patrons would come to escaped unheated homes, and need to catch the last train home to make curfew. The little documentary introduction explains this fact.  It’s interesting that plays and movies kept performing in Paris.

The script contains clues all along of the daily subterfuges.  Actors have to undress to prove they are not “Jewish” (circumcised).  Mail keeps coming to the theater for Lucas, despite the official pretense he had left for South America.  A system of bribes for getting people to the “free zone” is well described.

The film has one subtle villain, Daxiat (Jean Pierre Richard), a writer and critic who anticipates today’s issue of “bad reviews”.  He warns Marion when Lucas’s papers are found, and offers never to write badly about him.  Then he chastises the Norwegian play for its Jewishness.  Near the end, he threatens the theater by trying to take part control of it (a “hostile takeover”), which could expose Lucas. The very end, in a sense, reminds one of "The Sound of Music".

The Nazi’s, just like the Communists, wanted to use writers and artists for total public mind control – propaganda.  We saw it with McCarthyism, and we see it with Vladimir Putin in Russia today as well as with China.

Technically the film, while quiet, is garish, with lots of saturated reds.  Some devices from Hitchcock are used, such as characters seen talking through a translucent window.

The DVD from the Criterion Collection and Janus Films offers the film on one disc, and extras on another.