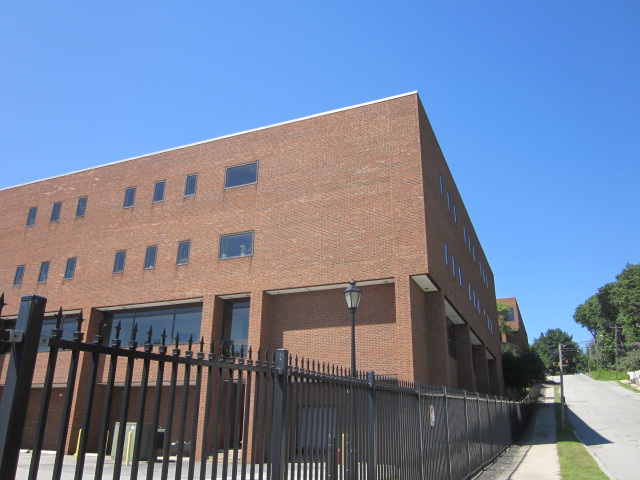 “The Finest Hours” (2016), directed by Craig Gillespie, really doesn’t stack up that well against better films about Noreaster storms and ships torn to pieces, and these range from “In the Heart of the Sea” to “The Perfect Storm” to even “Titanic” (or even Stephen King’s “Storm of the Century”).  The film is based on the non-fiction book “The Finest Hours: The True Story of the U.S. Coast Guard’s Most Daring Rescue” by Michael J. Touglas and Casey Sherman.  The events concern the USCG rescue of the SS Pendleton, an oil tanker that split apart in the storm in February 1952 during a typical New England monster blizzard, probably with ocean winds getting close to 100 mph at times.

The film is punctuated by some “family values”:  a story concerning an aggressive woman Miriam (Holliday Grainger) who has practically forced Boatswain Mate First Class Bernie Webber (Chris Pine) to propose to her.  She won’t leave the CG house when asked to (she sounds like Marco Rubio repeating the same things).  She’s told that marrying a military man is a risky idea anyway, a bit of a paradox.  Then later she gets stuck in the snow in the blizzard.  But she winds up doing something that helps the men find the shore after the rescue.

The oil tanker captain, Ray Sybert (Casey Affleck) is teased for still being single, as if his life wasn’t worth as much.  But seriously, that’s how a lot of people thought in the 1950s.

The film is offered in Imax 3-D; I saw it in regular 3-D, and technically that part was well done.  But there is not a lot to look at in this film, besides the insides of the tanker, the Coast Guard office and barracks, and the beach in a blizzard.  The film could almost have been better shot in black and white.

The music score, by Carter Burwell, is rather unremarkable.

The official site is here (Walt Disney Studios / Touchstone). The release in late January, after the awards season, and right during the time of year that the Northeast is most likely to have blizzards, is rather transparent.  The DC-NYC area had just experienced its largest blizzard in 6 years. Cape Cod gets ready tonight. And remember Stephen King's "Little Tall Island"  -- and he's right that President's Day (not Christmas) is the most likely weekend for a catastrophic noreaster -- which on the New England coast happens mostly in late winter.

I saw the film at the AMC Shirlington on Monday night, before a fair audience.  It seemed to be a “father and teenage sons” night.  The Shirlington, since remodeling for reclining seats, has gone back to showing some larger studio films, and is splitting the independent market with the Courthouse.