"The Club": On the Chilean coast, the Catholic church runs a halfway-house purgatory for disgraced priests, and prepares to turn them loose 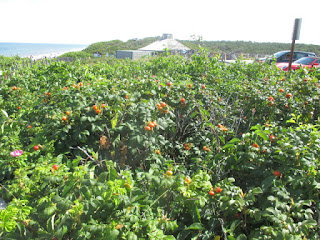 A main plot thread is the arrival of a Jesuit counselor Garcia (Marcelo Alsono), who talks of shutting the place down, which could lead the residents to wander to their deaths in abject poverty and homelessness, a living hell. Another new arrival is the pedophile (Jose Soza), pursued by a victim (Roberto Farias).  The other four have disgraceful histories somewhat based on fact;  a weasel played bt Alfredo Castro, a chaplain who may have committed war crimes (Jaime Vadell), a man who kidnapped babies (Alejandro Goic), and a man with dementia (Alejandro Sieveking).

The men tell Garcia their fantasies, all right and make a case got what homosexuality offers them, compared to the raw procreation and physical complementarity of heterosexual unions.  The dialogue gets really explicit as to anatomical deals as to what they “do” (we know they aren't circumcised).  But sometimes the script also seems to get into the area of Paul Rosenfels’s idea of polarities. A couple of the men pose the idea that homosexuality offers a Maslow-like peak experience or high tht is impossible with a "functionable" heterosexuality.

Official site is here (Music Box Films).  The story was created and written by the director, along with Guillermo Calderon and Daniel Villalobos.

The music score has a lot of work for unaccompanied cello, by Benjamin Britten and especially Arvo Part  (“Fratres”).

I saw the film at Landmark E Street on the early show Friday night before a small, older male audience, which was cracking jokes about the film as we left the auditorium.