"The Black Panthers: Vanguard of the Revolution": historical documentary puts spotlight on Hoover 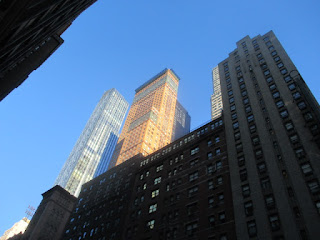 “The Black Panthers: Vanguard of the Revolution” (2015), by Stan Nelson, gives a detailed history of the Black Panther Party for Self-Defense which was active from 1966 to 1982.

Indeed, some elements of the party advocated violence, and opposed capitalism as inherently exploitive and oppressive of minorities.  Therefore, police were often emphatic with operations, with quick raids often fatal for some people.   The title of the film implies that the Party already believed a revolution, leading to expropriation and redistribution, was in progress. (Since "Vanguard" is singular, it's a collective concept.) The film pays a lot of heed to J. Edgar Hoover’s role from the FBI, saying he feared a “Black Messiah” or that the militancy (and desire for government overthrow) would spill over to young white men.  Hoover is quoted as saying “Justice is incidental to law and order”.  This all happened late in Hoover’s life, but it sheds some light on the FBI’s past preoccupation with gays, too. (See film about Hoover, Nov. 9, 2011).

The party would eventually operate from Algeria (shown), and would even try to contact North Korea.

Things came to a head in 1968, after the assassination of Dr. Martin Luther King, who was seen as the last hope for non-violence.  The devastation from the riots especially in Washington DC is shown.

My own experience with extreme radicalism came when I “spied” on the Peoples Party of New Jersey in late 1972.

The film is for sale on Amazon, $9.99 to $12.99 for cloud copies of SD and HD, about the price of a movie ticket.   It played at Landmark E Street in Washington this fall, but I missed it.