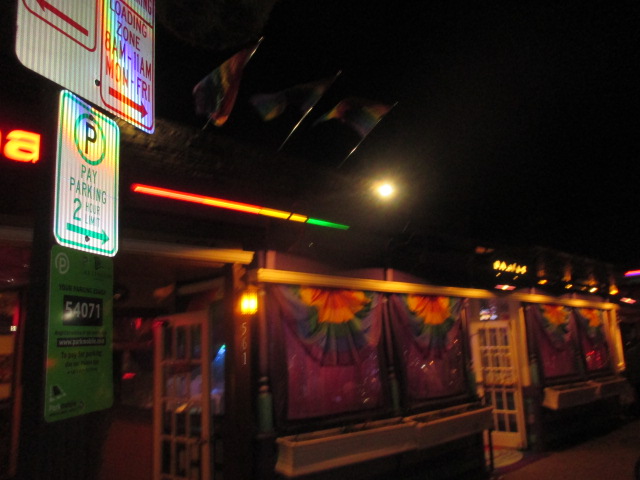 Sunday night, Chris Rock came out (pun) onto the Oscar’s stage in a white suit, and went into his comedy routine about the race resentments not only over nominations for the Oscars, but to some extent, who gets important parts.

Rock later suggested that there be “Best Black…” categories, as if race could be a language suffix like gender.   He also gave examples where politically correct casting would destroy “history” (like for “The Danish Girl”).

When I was substitute teaching, Chris Rock spoke at a high school assembly (in the spring of 2007) about avoiding drug abuse.

Joe Biden would appear, and asked everyone to take a pledge to intervene in sexual abuse situations, to “change the culture” (“It's On Us” ).  Lady Gaga then sang “Til It Happens to You” from “The Hunting Ground”.

Today, as a pre-show, I watched a few short films.  The best was a 15-minute comedy from Australia, “The Anti-Social Network”, by Shae-Lee Shackleford.  Lucas George (Sam McMilan) plays a robust, likeable guy who works at an animal shelter and buddies with two cats at home.  He’s also addicted to Facebook.  That turns off a girl friend, in a confrontation that occurs with a splendid view of the Sydney harbor.  Then Facebook goes black. (Use Twitter.) He learns his lesson.  We need to see more of his cats.

“Alone”, with Brock Rorunksi (6 min), shot in Nova Scotia, shows a young man who believes everyone else in the world has suddenly perished.  But maybe not.

“Bully”, from Indonesia and Tara Arts (directed by Diwan Tara), is an odd tale about a young man who cyber-bullies and hacks people’s phones by IP address, until one of his “victims” hunts him down at home.  It’s a bizarre film with an engaging piano music score.

You can try “How English Sounds to non-English Speakers” (5 min) by Brian Fairbain.

And also Grim Film and Jared Chan ask “What If Money Did Not Exist?” Maybe on another planet somewhere everything is barter.  Or maybe all transactions are by bitcoin, because the “block chain” is a mathematical idea that any advanced civilization will discover.