"4th Man Out", a comedy, depicts a young gay adult in the blue collar world 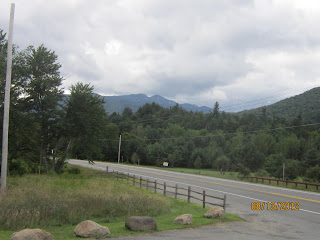 “4th Man Out” (2016, directed by Andrew Nackman, brisk at 85 minutes) really is a light-hearted comedy about gay “coming out”.  This time, it happens in the “street smarts”, blue collar world.  An auto mechanic Adam (Evan Todd) celebrates his 24th birthday, and suddenly announces he is gay to his three best friends, also “working men”, two of whom he rooms with, after a night out.  One of them pukes (the toilet is in the same room), but that’s because he’s still hung over.

The setting is Albany NY, and the Fourth of July approaches.  There’s not a whole lot of plot, but his straight best friend Chris (Parker Young) wants to kiss him, while his girl friend drops him.  There’s the usual politically correct talk about “born this way” and avoiding judging people by their looks.

But Adam is robust, articulate, and charismatic enough to carry the film.  At the end, a customer seems promising, as a future date.

The closest to a site for the film is an “official Twitter” .  “Fourth Man Out” seems to be an alternate title (Gravitas Ventures).  The film is playing at AMC Hoffman in Alexandria VA but can be rented HD on Amazon for $6.99.

I was reminded of a comedy film I saw on a Sunday afternoon in NYC with a “date” in March 1978, “Blue Collar”, from Paul Schrader and Universal. Three workers (Richard Pryor, Harvey Keitel and Yaphet Kotto)  rob their union safe, and then try to blackmail their union with some “hot” material.

There is a nice little short film video by Ryan Amador and   Jo Lampert, “Define Me”  It reminds me of Otto Blucker’s work with Timo Descamps. It's a good thing the body art here is water soluble,