"The Revenant": this is the western that really needed 70MM 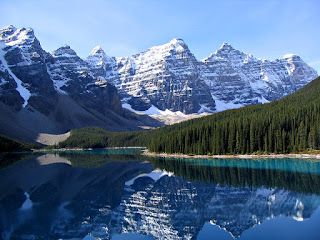 “The Revenant” will teach us a new vocabulary word ( a distant synonym for “ghost”), as well as provide one of the most riveting westerns ever made.  It’s an “early” period piece, set in the northern Rockies in the 1820s, recreating daily life for frontier fur trappers and natives with great detail.  This film really needed full 70mm rather than “The Hateful Eight”. Directed by Alejandro Gonzalez Inarritu, it’s part art film, part horror, part blockbuster.  The director and Mark Smith adapted the frontier novel (“The Revenat: A Novel of Revenge”, published by Picador) by Michael Punke, which he could not talk about publicly because of “conflict of interest” with his government job.  If only I could achieve such.  But Punke has gotten beyond his own narrative reality.

After an opening battle with natives (quite brutal) and a brush with a river flood, Hugh Glass (Leonardo DiCaprio – quite matured from the boy of “Titanic”)  wanders and comes between a momma grizzly bear and her cubs, and that’s a no-no.  The mauling scene is terrifying; ironically the carcass of the bear falls on him, stopping his bleeding as the babies howl. The men are at a lost to help, and the main confidant John FitzGerald (Tom Hardy) leads the other younger men (like Bridger, Will Poulter) to leave him for dead, actually robbing him and burying him barely alive, as the winter blizzards are starting.

But he gradually recovers, with the help of native peoples, and eventually finds the military fort where his buddies bunked down, right around New Year’s.

The final sequence is quite riveting as to how the action unfolds.  Captain Henry (Domhnall Gleeson) seems like a better person than the rest, and should have been born in a later generation (maybe now).


The characters inhabit a world of the here and now, with no clue as to how the future will evolve.  It’s interesting that Inarritu chose a cast of largely British actors for supporting roles.

The photography is surreal, getting stunning effects with clouds and light, almost making the Rockies winter look alien.  There are subtle shots of beauty, such as when snow is melting and dripping from tree branches in brilliant sunlight with rainbow effects. The film was shot largely in Montana and Alberta. DiCaprio calls this film "epic art" which isn't made often anymore.

The official site is here.  The distributor is regular 20th Century Fox (rather than Searchlight), with Regency and RatPac as production companies.

The film opened in LA Dec. 16 (one theater) New York and LA Dec. 25 (for word of mouth), and everywhere today.  Why does Hollywood take so long into the New Year to finish its award season films? The detailed synopsis on imdb is helpful, as the action of the plot and local motivation of the events is quite intricate and dependent on the native American history of the area.

I saw the film before a half-full large auditorium at Regal Arlington Friday afternoon.

Wikipedia attribution link for p.d. picture of Banff by Gorgo  My one trip to the area happened in September 1983.