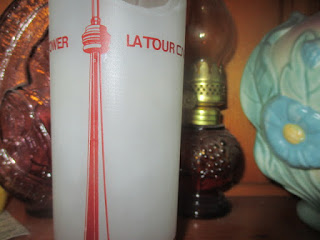 “The Cry of the Owl” is the eighth novel of Patricia Highsmith and seems to have been filmed three times. This review concerns the 2007 mystery film directed by Jamie Thraves and filmed around Toronto (although the script refers to New York) with financing from German, Canadian and BBC sources.

The film sets up the improbable situation where a thirty-something man Robert Forrester (Paddy Considine) stalks a young woman Jenny (Julia Stiles) living in distant suburbs, and, after an awkward confrontation (he surely feels ashamed when caught) the woman welcomes him into her life.

Robert is growing through a messy divorce with Nickie (Caroline Dhavernas); in one early scene in front of lawyers, she teases him by pretending to retract the divorce. And Jenny has broken up with a very jealous Greg (James Gilbert).  She says to him she wishes she had never met him.

Predictably, confrontations occur between Robert and Greg, which result in Greg’s disappearance and apparently faked drowning, aimed at getting Robert in trouble and fired from his job.  Jenny and Nickie meet, and Nickie says that some people are just poison in your life.  But eventually Greg returns, and in a complicated sequence Robert is left as a suspect in the throat-slashing of Nickie.

The book apparently goes more into a cross relationship between Nickie and Greg, and apparently Highsmith had modeled Nickie after woman with whom she had broken up in real life.

The pace of the film seems too frantic toward the end to be believed.  Robert seems like a pathetic stool pigeon (not an “owl”) but that’s a symptom of stalkers.

The DVD is distributed by Paramount (Vantage) for BBC and Myriad Pictures.