Oscar Nominated Shorts Live Action for 2016: I pick "Day One" 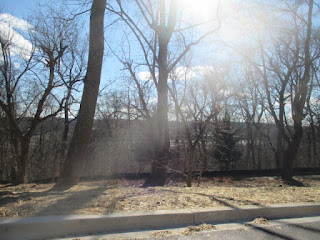 The Oscar Nominated Live Action Shorts for 2016 tended to focus on international social and political turmoil. I’ll present them in descending order of length. The first three of the films presented here deserve possible expansion to features. 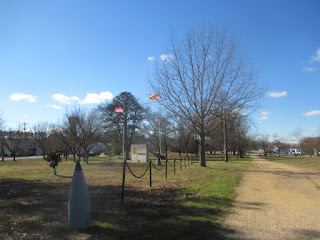 “Everything Will Be OK” (“Alles wird gut”, 2015, in German, 30 minutes, 2.35:1), written and directed by Patrick Vollrath, starts with a slender, balding, 40-ish divorced dad Micheal (Simon Schwartz) picking up his precocious eight-year-old daughter, doting on her, and taking her to the Vienna airport.  Soon we see his flight to Manila through Dubai is canceled.  He has to be put up in a hotel.  The girl starts trying to call mom o the cell phone when dad sleeps.  It isn’t long before we realize this is a post-divorce, domestic “kidnapping”.  What we also realize is that keeping custody or access to the daughter justifies everything else Michael has in life. Unfortunately, the police are needed.  The official site is here. The film was third in order of presentation.

“Day One” (2015, much of it in Urdu, 25 minutes, 1:85:1), is directed by Henry Hughes based on a story co-written with Dawn DeVoe.  A female Army translator Layla (Layla Alizada) journeys with her Afghanistan unit to a high mountain village, surviving altitude sickness and an IUD attack, expecting to interview village elders about a suspected terrorist.  Layla says she is divorced and didn’t want children, and that her ex-husband has children by a second marriage;  there is some hint that she is lesbian. They encounter a pregnant woman who goes into labor.  She delivers the baby alive and well, but the mother bleeds out and dies.  There is an implication that she might raise the child.  Hughes says he served in Afghanistan as recently as 2009.  I do think that the Army would have tried to land medical support by chopper, with a military surgeon to help deliver the baby, had this been possible.  This film is quite gripping and would be my choice to win.  It appears to filmed on location in Afghanistan.  The official site for this “AFI Thesis Film” is here .  Last in presentation order.

“Friend” (“Shok”, 2015, in Albanian, 21 minutes, 2.35:1) is directed  by Jamie Donoghue based on his own “true” story, is set in Kosovo in 1998.  Two boys, one Serbian and one from Albania, become friends, to the disapproval of the militant elders who demand loyalty to Serbia. The film shows the embattled villages and countryside in late fall scenery.  This all happens slightly after the violence in Bosnia erupted in the early days of the Clinton administration. Official site; Second in presentation.

“Ave Maria” (2015, in Yiddish, 15 minutes 2.35:1), directed by Basil Khafil, brings three religious cultures together on the West Bank.  Early on a Sunday morning, five nuns in a convent are confronted by a car wreck when a settler family crashes into their Mary statue outside.  The nuns actually get one of their ld cars running, as taxis won’t come.  The question of whether the settlements are morally defensible is barely touched. Official Facebook page;  first in presentation  sequence.

I saw the program at Landmark E Street late Friday night in the largest auditorium.  To my surprise, it did not sell out.