"Macbeth": Kurzel makes Shakespeare's Scotland in the Middle Ages look like another planet 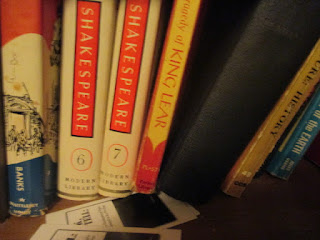 We read Shakespeare’s “Macbeth” in twelfth grade when I was growing up (1960), as well as “King Lear"  and one other Shakespeare play of our own choice (I picked “Hamlet”).  We had read “Julius Ceasar” in tenth grade.  When I worked as a substitute teacher, I oversaw some class readings from both “Julius Ceasar” and “Romeo and Juliet”, the latter of which left teachers explaining now legally underage relationships to ninth graders. Anyway, our senior English teacher loaded volumes of reading on us, to prepare us for college, and used to make up tricky one-sentence-answer tests about the motives of all the characters.

The film “Macbeth” by Justin Kurzel, who also composed the brooding chamber orchestra score, is extremely violent, and shows how mature Shakespeare’s subject matter is (although high schools have generally been introducing it in earlier grades).  I’ve reviewed the contemporary setting of a post-dystopian Britain on PBS Great Performances on the TV blog Jan. 30, 2012.  But Kurzel shows that using the world of early pre-Elizathean Scotland can make for stunning visual cinema.  The photographic style here is somewhat similar to that of “The Revenant” (reviewed yesterday) but, especially toward the end, Kurzel uses mist and color filters to create an alien landscape, especially in the last scene (after Macbeth’s death) of a little boy running into a red fog. The use of mirrors and light in the preceding chapel scene looks almost like Tolkien.  The outdoor scenery is that of Scotland, perhaps in late March, as the peaks (nothing reaches 5000 feet there) have plenty of snow. This film could have used 70mm technique to capture even more detail of low-tech real life.

In fact, I would wonder if a film director would set a Shakespeare play (especially this one) on an alien planet with a primitive culture, maybe an M-star tidally locked planet with all of civilization in an annular “termination zone”, which could make for interesting politics.

As for Macbeth, the film leaves us  with the feeling that he indeed slaughtered his way to power, like ISIS.  Here’s some analysis by John Boe of his psychopathy or sociopathy. The murder of Duncan is brutal, as is the burning at the stake of women and children later.  The ghosts (“revenants”) appear often in black.

The film uses an A-list British-French cast, with Michael Fassbinder (who else?) as Macbeth, Marion Cotillard as the manipulative Lady Macbeth (“the power behind the throne” in Rosenfels polarity circles), a 40-ish Paddy Considine as Banquo, Jack Reynor as Malcom, and David Thewlis as the doomed Duncan. It must have cost something like $50 million to make.  It opened in mid December but hasn’t been seen on many screens.  Amazon Studios is one of the producers, and plans to release it to VOD “soon” (exactly when is still uncertain).  I saw this at Landmark E Street before a half-full audience Saturday afternoon a month after release (and Landmark offered only one early afternoon show a day during this past week).  Really, this film needs a big screen, every bit as much as “Star Wars”.

I remember well seeing the 1996 Columbia film of “Hamlet” (over 4 hours with Intermission”, with the speech by Hamlet that I quoted in my first DADT book, with all the swinging from the chandeliers at the end (and the “play within a play”), in 70 mm, directed by and starring Kenneth Branagh with stirring music by Patrick Doyle.
Remember, Marlon Brando plays Mark Antony and Louis Calhern plays Julius Ceasar in the BW 1953 film for MGM by Joseph L. Mankiewicz, sometimes shown in schools.