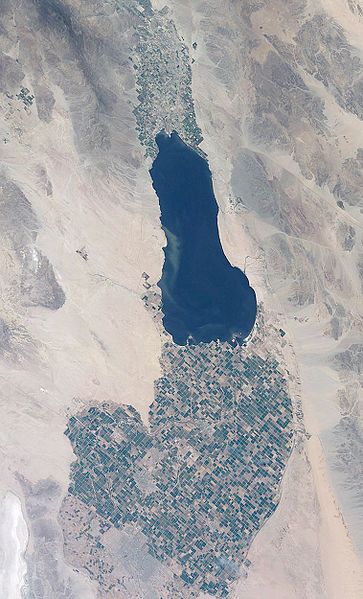 “Little Birds” (2012), written and directed by Elgin James, who says the film is loosely based on an episode of his own life.

Two teenage girls, Lily (Juno Temple) and Alison (Kay Panabaker) grow up in poverty near California’s Salton Sea. Lily is the least stable and lives with a single mom (Leslie Mann) and Angie has an alcoholic dad (Neal McDonough). The two girls meet three skakeboarding boys (Carlos Pena, Jr., Chris Coy and Kyle Gallner, playing Jesse, to whom Lily is particularly attracted.  They want to go to Los Angeles and get away from the desolation of the inland below-sea-level “sea”.

There are plenty of misadventures.  They encounter an angry black female hustler, and then escape a near citizen’s arrest of Lily in a convenience store by a clerk, before it really gets serious. The boys squat in a house, and then start looking at the dark web for older married men looking for underage girls, almost settling up their own sting like “To Catch a Predator”, but here the idea is robbery rather than arrest, as well as getting the PII of the johns to call the wives. (In California, the age of consent is 18.)  Ultimate, the results can be fatal for one of the perv’s, as the girls know how to use guns.

There's a moment where Lily and Jesse share signs of body scars, Lily's from self-abuse.

The values of the kids are interesting.  They are nihilistic, brought up in a world that doesn’t make a lot of sense to them.  But they are really harder on other poor people.  They don’t seem to be aware of the rich.

The DVD has a 40-minute featurette (the film runs 94 minutes) where James interviews all the major actors and principals.  One of the actors talks about actually living as a squatter.

The film can be rented from Netflix or viewed on YouTube for $2.99.  Millennium films no longer has a site for it. The film was popular at Sundance.