"Joy": the street smarts for a woman who makes it big in a home-products business 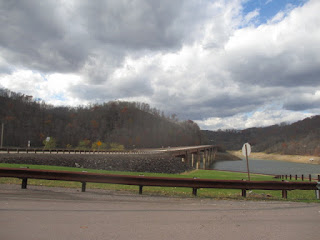 Joy, having married and divorced a handsome singer (Edgar Ramirez) works as a clerk for an airline somewhere in Amish areas of eastern Pennsylvania. One day she cuts her hand trying to mop a floor after dropping glass, and comes up with the idea of a self-wringing mop.

In time, she is meeting a “pre shark tank” personality Neil Walker (Bradley Cooper), who sets her up with an actor to pitch her product on QVC, although Joy has to put up the money to manufacture thousands of units. The actor fumbles using it, and there are no calls, so Joy will lose everything. She, as a true movie heroine, bangs on desks (that’s just business) and Neil gives her a chance to pitch it herself.  She freezes on stage, but a lone caller (maybe prearranged) breaks the ice.  Quickly (and its around 1990) the product takes off.

But then the manufacturers pull some patent trolling and fraud on her, which she solves when she learns to be even more aggressive as a businesswoman, as demonstrated in a stagy-looking trip to Dallas.  Electronic Frontier Foundation might have something to say about the patent law abuse in the movie plot.

The film demonstrates how “commodified” most business is.  There is the “always be closing” mentality, and aggressive pimping and courting of buyers. (In one scene, Neil describes his life as a buyer for K-Mart). I’ve run into this myself with my own authored books – being quizzes as to why I don’t promote them as individual copies of a commodity more aggressively, to make a living off of them the way most “real people” have to.

I didn't see any mention of multi-level marketing, but that sounds like something that could be used in businesses like Joy's.  What is used is the "1-800" push, often skipping major stores.

The film  is distributed by 20th Century Fox, without Cinemascope, and Fox played games with its usual fanfare. Annapura (which makes politically important films but has usually worked with Columbia or Warner Brothers) is a major production company.

The film was shot in Massachusetts. Most of the outdoor scenes, with the cars, look earlier than 1990.
I saw the film at Angelika Mosaic before a nearly sold-out audience late Saturday afternoon.