"Je suis Charlie" film (at TIFF) interviews those who lived through the Hebdo attacks, and some shocking things are said 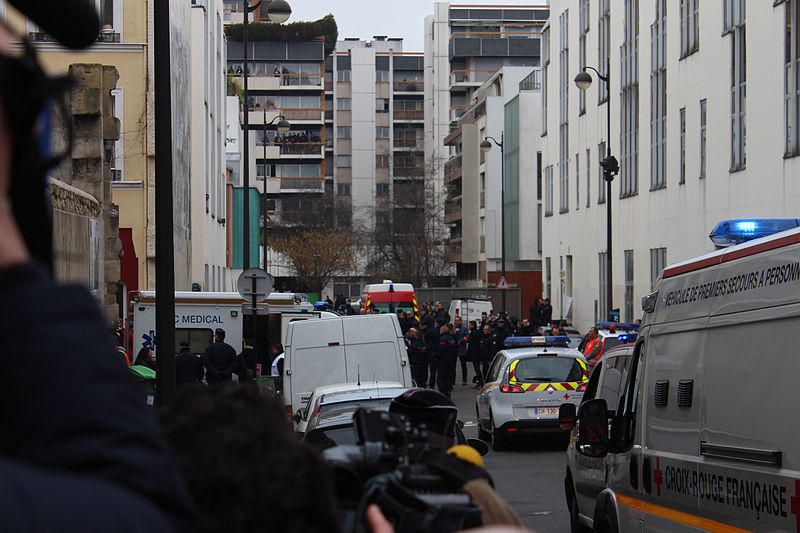 “Je suis Charlie” (“I Am Charlie”, also titled “L’humour a mort” or “Humor at Death”), directed by Daniel and Emannuel LeConte, interviews many people who survived the attack on the offices of the satirical newspaper of Charlie Hebdo in Paris by Said and Cherif Kouachi on January 7, 2015.

The attack killed Charlie and ten others, and wounded eleven more.  The attack was part of a series of “L’Ile de France” attacks  in January, including the Porte de Vincennes supermarket in Paris Jan. 9, also covered in the film. This is not the same incident as "11/13" (the Bataclan and other attacks in Paris on Nov. 13), but it foreshadows the subsequent larger incident.

The historical background, of course, deals with the controversy over depictions of the Prophet Muhammad, such as the Jyllands-Posten Cartoon Controversy, and the assassination of  filmmaker Theo Van Gogh in 2004 over the short film “Submission”, as well as a previous fatwa against author Salman Rushdie.  Some say that the Koran does not specifically prohibit such depictions, even if more fundamental groups in Islam take it that way.

The interviews talk about the legal background in France regarding the idea of “laicite” and the 2007 lawsuit against Hebdo for supposed “hate speech” against some of Muslim faith (Guardian article).

The speakers get into various philosophical questions.  If there is such a crime as blasphemy, why isn’t the Prophet above the insults of infidels?  (as Christ would be).  One woman was apparently criticized for not behaving sacrificially during the attack, when she might have saved someone.

The film shows the public demonstrations supporting Charlie, as the newspaper resumes printing millions of copies.  But then a darker element to the discourse starts, that the cartoonists and speakers had somehow brought this upon themselves.

How could this be?  It is a shocking idea in a society that recognizes the rule of law and respects free speech.  Yet, a certain amount of inequality is “essential”, so people tend to make their religious, familial or other cultural associations part of their identities.  They tend to equate attacks on certain pillars of these religious identities as attacks on them from people who are “richer” or more “powerful”’ otherwise, and therefore tolerating these insults becomes a source of personal shame.  So religious rules on speech and other behavior can be placed inside the “inequality” debate.

The film is available on Netlfix (and from Amazon or YouTube from $3.99).  I’m surprised it wasn’t in the Golden Globes and Oscar lists, and hasn’t appeared in theaters. I had to turn the subtitling on, which I’ve never had to do on Netflix before.

The film should be viewed in conjunction with the book "The Tyranny of Silence" by Flemming Rose (Book reviews Feb. 3, 2015).