"GMO OMG": Jeremy Seifert takes his own family through the controversy of genetically modified food 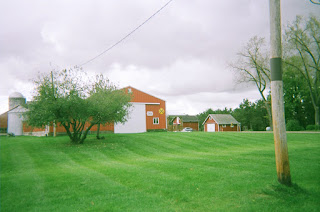 “GMO OMG” (“Genetically Modified Organisms”, 2013), directed by Jeremy Seifert, shows a father, with great tenderness, taking his kids through a controversy over what he sees as healthful food – the trend over decades for agri-business to modify crops and animals genetically to increase production.

Along with that is the legal problem is that food companies like Monsanto don’t allow consumers to use expired seeds, but require them to buy new supplies. Figuring into the problem is the Supreme Court’s allowing living things or their genes to be patented.

Early, Seifert presents the event where farmers in Haiti, after the 2010 earthquake, committed themselves to burning Monsanto seeds.

The food companies say that you can’t feed the world with organic food, because the growing process isn’t efficient enough. But the film disputes that.  It says that in 1850, 68% of the population was employed in agriculture; now less than 2% of people run farms (fewer than there are prisoners).

Late in the film, Seifert visits a seed storage facility near the Arctic Circle in Norway, offering a lot of stunning scenery that called for 70 MM or Imax.  Later he visits Caen, France (where I once had to replace a car rental in 1999, so I remember the city well) to look at research on mice consuming GMO’s and getting tumors.

The official site is here  (Submarine films).  The film can be rented from Instant Play on Netflix, or from YouTube for $2.99.

Picture: my own mother's family farm.