Criterion Collection has documentary DVD of material on Francois Truffaut, including the short "Les Mistons" 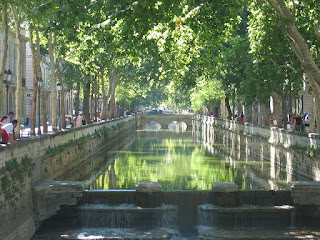 The Criterion Collection offers a DVD called “Les Salades de l’amour”, a supplement for all of the films by Francois Truffaut about his auto-conceived character Antoine Donel (rather like my own “Bill Ldzet”); “The 400 Blows” is reviewed here July 21, 2011.

The main film on the collection is the 46-minute featurette, in sepia color, “Working with Francois Truffaut”, by Robert Fischer, where co-writers Claude de Givray and Bernard Revon discuss working with Truffaut.  One observation is that Truffaut liked to improvise, so writing an exact shooting script that would be honored could be difficult.  Truffaut viewed childhood and youth as a rite of passage where one is not allowed to make mistakes, which are viewed as major sins from children, whereas grownups can do what they want.  Another idea is that Truffaut was uncomfortable about society’s ambiguity about homosexuality and how gay people should be presented.  Givray mentions his military service in Algeria, and says that he had a college deferment that kept him our of France’s draft for some time.  (I have reviewed “The Battle of Algiers” (1967), by Gillo Pontecorvo, on a legacy site.)

The DVD also includes a condensed documentary simply titled “Francois Truffaut” (26 min), by Serge Leroy, where a young and handsome Francois talks a lot about his work habits, in black and white.  Truffaut talks about the vanity of some amateur filmmakers, who don't have real stories to tell.

But the most appealing item on the DVD is probably the witty 1957 18-minute short film, “The Mischief Makers”, or “Les Mistons”, in black and white, filmed around Nimes.  Five pre-pubescent boys stalk a young woman played by Bernadette Lafont, who already has a 20-ish boyfriend (Gerard Blain).  The immature teasing turns to tragedy when the boys learn that Gerard has died in a mountain climbing accident.