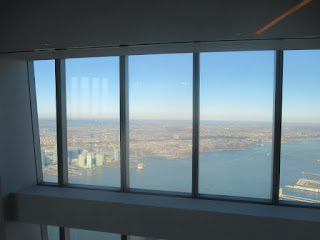 “Chinese Puzzle” (“Casse-tete chinois”, 2014) is the third of a trilogy of comedies called “Spanish Apartment” directed and written by Cedric Klapisch, using actor Romain Duris as Xavier Rousseau, going through young manhood and now age 40, still as womanizing and “self-inflated” as ever.  (The other two films are “L’auberge espagnole” (2002) and “Les poupees russes” (“Russian Dolls”, 2005).)  Somehow I am reminded of another trilogy by Krzysztof Kieslowski (Oct. 15, 2008)  about the three colors, but this one is more off the wall and not to be taken as too grim.

Xavier is still a writer, a novelist (well, isn’t everybody?) and now he is in more direct supervision of an editor or literary agent to keep him from falling into the black hole of midlist sales.  When Wendy (Kelly Reilly), mother of his two kids, leaves him and falls in love with a Chinese man (and she wants to have a  baby by him) and moves across the pond, like a stalker he moves to the Big Apple himself and sets up life in Chinatown or the East Village.  Pretty soon he is confounded by Village geography, where numbers run out an avenues around Tompkins Square Park are named by letters, and where, on the West (gay) side, West 4th Street runs into West 11th.  (I used to live on E. 11th, between 5th Avenue and Broadway.)

His life is made interesting by various misdaventures.  He gives some of his sperm away so a lesbian can get pregnant.   But more interesting is the way he gets work, off the books, since he has only a tourist visa.  There’s this fat man who says he isn’t supposed to tell him this, but if he lets the fat man take care of everything, he can earn a nice illegal income.  He becomes a bike messenger, which in New York City is dangerous work, risky getting struck in every block.  Some messengers do shave their legs.

The word "chinese puzzle" has been applied to more challenging works, like Clive Barker's novel "Imajica", which we hope will become a TV series.