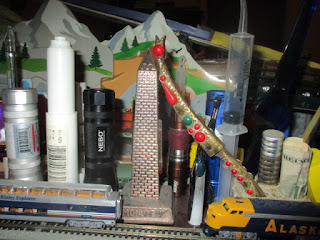 “The Game” (first released in September 1997), directed by David Fincher, had started as a spec script by Michael Ferris and John Brancato.  But Fincher decided to make “Se7en” (aka “Seven”) first, because of the availability of Brad Pitt – and I recall seeing that film.

But I apparently missed this other film because I was in the middle of my move to Minneapolis then. In fact, the first film that I saw in the Twin Cities would be “Cop Land” at the Mall of America’s General Cinema (now AMC). I would also see Dreamwork’s first picture, “The Peacemaker”, with its nuclear detonation, there.

“The Game” borrows ideas from sources as varied as Charles Dickens’s “A Christmas Carol” to Alfred Hitchcock’s “Vertigo”.

Michael Douglas plays Nicholas Van Orten, an investment banker in San Francisco.  On his 48th birthday, when he has to recall his own father’s suicide by “falling” that same birthday, his delinquent kid brother Conrad (Sean Penn) visits him with a gift certificate for a life simulation game run by a company called CRS, or Consumer Recreational Services.

Nick visits the place, and is shocked at the psychological and physical (including an electrocardiographic stress test) he has to go through to “apply”. He’s told he was “rejected”, but pretty soon bad things happen in his life.  He finds he is being monitored through his television set (an idea that Jamin Winans uses in “The Frame”, April 21, 2015). CRS soldiers invade his house, and soon his bank accounts are drained.  Kidnapped, he winds up in Mexico and has to beg his way back home.  But eventually (in a 128-minute film) “all’s well that end’s well” as, after a “Vertigo” jump from a skyscraper, he is caught by a net and winds up at his birthday party.

One could say he is learning a “life’s lesson” in how “real people” live, walking in their shoes, having to deal with his life being expropriated by force.  One could wonder if Fincher really believes in his lesson about some combo of the “seven deadly sins”: If you get what you have without really earning it with labor, and it gets yanked away from you, just maybe “it won’t grow back”, almost a 1961 William and Mary tribunal.

The rental  DVD seemed to be reduced to VHS aspect ratio, until it told me at the end that I could flip it over and watch it in wide screen.  This was a common practice with rental DVD’s for some older films.

I didn’t feel that the film was a compelling as either “Seven” or, more recently, “The Social Network”.  (Some of the other films, like “Gone Girl” and “Benjamin Button” engaged me a bit less.)

Nevertheless, the pacing of the film is crisp, even given the length.  In my own screenplay "Epiphany" (main blog, Dec. 30), a protagonist (like me) is abducted to a space station commune and forced to achieve some tasks in order to “qualify” to go on an evacuation from Earth.  When he and some friends home, he finds his life has been taken away from him and the future back home is bleak.