"The Day Kennedy Died", from Smithsonian, is one of the most riveting documentaries tracing the JFK assassination 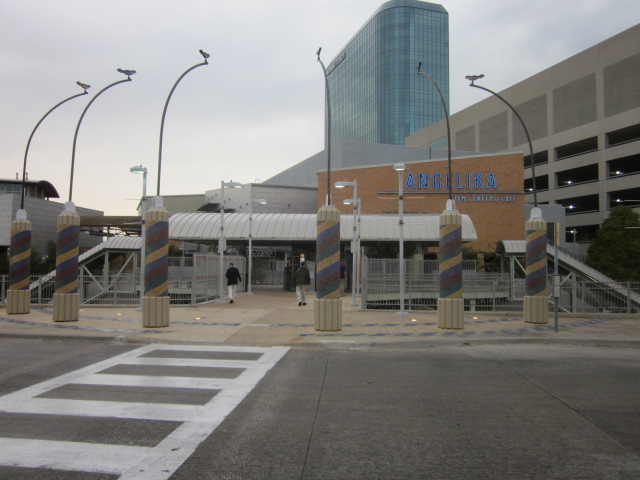 The Smithsonian Channel has an outstanding factual documentary about the JFK assassination, “The Day Kennedy Died” (2013), directed by Leslie Woodhead and narrated by Kevin Spacey.

The 92-minute film traces the events of November 22, 1963 and concludes with Jack Ruby’s killing of Lee Harvey Oswald at the Dallas Police Department basement, almost diverted by a reporter who risked taking the bullet himself.

The film interviews many people still alive today who were close-up witnesses to the events.  One of the most important is Buell Frazier , who drove Oswald to work at the Texas School Book Depository that Friday morning.  Frazier noticed a long wrapped object in the back seat and Oswald told him they were curtain rods. He would be grilled by Dallas Police as a person of interest, and resents being caught in such a horrible situation by chance for something he didn’t do. (There’s more on the “Curtain Rod Theory” here.)

The testimony says there were three gunshots, the last two in quick succession.

There is graphic testimony of people seeing into Kennedy’s skull, and even the fragments of brain that had been blown out.  People vomited at the scene.  Had Kennedy lived he might have been in a vegetative state.

It also indicates the climate of hate in Dallas at the time from the right wing, which considered JFK “guilty of treason”.

The film was first screened on November 22, 2013, on the 50th Anniversary of Kennedy’s death.

The Smithsonian Channel provides the full film here on YouTube but disables embedding.    The film can be watched on Netflix Instant Play.

There are several documentary episodes from various sources about JFK on my TV Reviews Blog.
The biggest film about JFK ever made is, of course, “JFK” (1991) by Oliver Stone, with Kevin Costner and Gary Oldman.

I was at work at the National Bureau of Standards at the old site on Van Ness St in a rheology lab when my boss came in and told the president was shot. Walter Cronkite’s report of his death (at 2:38 PM EST) would come soon, and we would be dismissed, wondering if a nuclear attack could come.  On Sunday, Nov. 24, I was riding in the back seat of the family car of my parents on the way to Sunday dinner, on 17th St in Washington at about M Street, southbound, (about 12:30 PM EST) when Oswald was shot, carried live on radio.  I heard the words, “he’s been shot” as they were said.