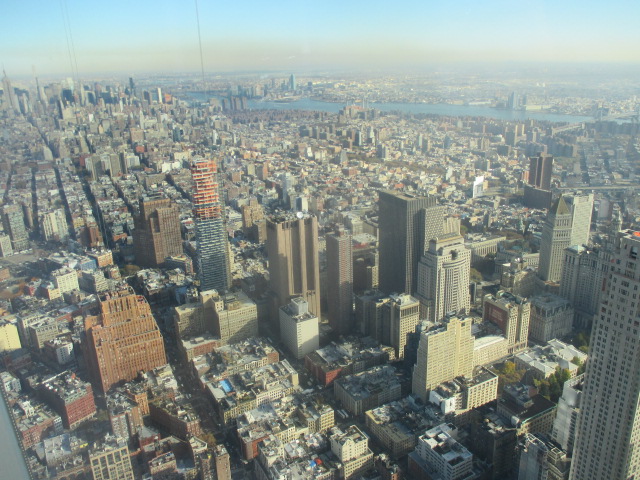 “The Big Short” (2015), directed by Adam McKay, is a delicious satire of the financial shenanigans that led to the Collapse of 2008, and it’s based on the book by Michael Lewis, “The Big Short: Inside the Doomsday Machine”, reviewed on my books blog April 6, 2010.

The film traces, with a lot of humor, how several financial gurus tried to set themselves up to profut from an eventual collapse of the housing bubble.  In the beginning, it’s the M.D. Michael Burry (a likeable Christian Bale), whose introversion led him away from patient care into making money on finance. With his unusually focused mathematical mind he put it all together (after looking at the loans in actual portfolios), seeing that once adjustable rate mortgages reset, inadequately qualified home buyers would start defaulting, meaning that bond funds built on the “securitized” mortgages would eventually collapse. Of course, that insight was predicated also on the idea that home prices couldn’t grow forever, even with low interest rates.

Neil Irwin has a piece in The New York Times about what this movie gets right and wrong about the housing bubble. People were getting wary, according to Google searches, around the late summer of 2005.

The second major lead is Mark Baum (renamed from the real life Steve Eisman ) who would protest conventional wisdom of paid financial speakers at various forums.  There’s a line “Truth is like poetry, and most people hate poetry”. I can remember a paid speaker at a ReliaStar/ING forum in August 2001 who predicted a 35000 Dow. Baum is played by a shameless Steve Carell, who looks like he has never recovered by his self-sacrifice as a “40-year-old virgin”.

I particularly loved the scene with the woman heading a ratings agency, which make the whole rating business sound like a formalized Yelp.

Then there is the tag team of Jamie and Charlie (Finn Wittrock -- conspicuously "th-mooth", as this doesn't get past my eyes -- and John Magaro). Ryan Gosling plays Jared Vennett (based on Greg Lippmann)m and Brad Pitt as Ben Rickert (based on Ben Hockett). Brad Pitt is listed as a producer.

The film makes use of "mockumentary" (well known from "Modern Family") commentary directly to the camera from most characters, with comic effect; it also provides a glossary of terms and Wall Street slang along the bottom of the screen sometimes.

At one point, Anthony Bourdain ("Parts Unknown") makes a guest appearance, having fun making a stew for "The Leftovers" from "free fish".

At the end, the film takes the cynical position that the banks, after their bailout, now blame the world’s problems on immigrants and poor people.  Who does that sound like?

During the period right after the crisis and through the bailout, my own blogs achieved their best numbers ever.  Panic sells news stories.

The official site is here (Paramount).

I saw the film opening night at the AMC Shirlington in Arlington, before a sold-out crowd.  The auditorium, with reclining seats, is still large enough for a wider screen; unfortunately the screen was vertically cropped for the 2.35:1 aspect ratio.