"Star Wars VII: The Force Awakens": Yes, the political parallels are a bit coincidental, the family secrets are not 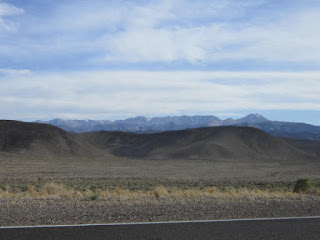 Getting to “Star Wars VII: The Force Awakens”  (directed by J. J. Abrams) was itself a project, even on a Monday.  The most convenient time for IMAX-3D was at AMC Tysons (12:30), and even on a weekday before Christmas, traffic was overwhelming. I lucked out on a parking place quickly. I note that Episode VI, "The Return of the Jedi", goes back to 1983. But Episode II, "Attack if the Clones" dates to 2002, and Episode III, "Revenge of the Sith" came out in 2005. For the titles, numbers and dates of the episodes, see the Wikipedia article. This sounds like a problem with numbering Mozart's works.

And indeed it was a good thing I had bought online, as the auditorium was full except for the first two rows. Lots of kids.

I remember seeing the first “Star Wars” movie in 1977 (actually Episode IV), at a big theater in midtown Manhattan.  (It may have been the Ziegfeld).  The film franchise pretty much punctuates my adult life.

This time, the “Force” comes back, as a franchise of the former Empire, after 30 years, because Hollywood bean counters say it’s time to. (The film opens with a fading print narrative of the time between the testaments, in 1950s fashion.)  But it isn’t hard to see the parallel between the morphing pf the ruins of the empire with the evolution of radical Islam (into ISIS, with the same black costumes) or, for that matter, the successors of Communism.  Luke Skywalker (Mark Hamill, as he is now) has been taken, and Han Solo (Harrison Ford) returns, without the protection from the progress of aging.

There’s a family secret, and you think Kylo Ren (Adam Driver) makes for a tragedy. He got recruited, maybe on galactic social media.  Princess Leia (Carrie Fischer) has become a clone of Meryl Streep.  The young fighting rebels are best represented by Rey (Daisy Ridley) and Finn (John Boyega).

The action happens on apparently three planets. Early on, most of the action is on a desert planet (aka Dune) looking like of Middle East (filmed in Abu Dhabi). Then there is a green planet, looking like Brazil (although sometimes more like Britain), where there is a fortress and a nearby gay bar (where the diversity of people from different planets keeps one fantasy stereotype of desirability from dominating the scene, with Jabba the Hutt even welcome – but it’s pretty logical that other planets may have their own versions of TownDC and Station4).  A pansexual elderly person gives some advice in a critical scene in the film’s middle.  The third planet belongs to the Force, an icy world with an artificial canyon, leading to a chamber where the Galaxy’s most lethal gamma-ray blaster is housed.  Whole planets can be blown up (although that happens to Earth in “Childhood’s End”).

There is some tragedy in the denouement, which leads one to wonder what happens in the remaining film.  Here are two clues, “Why Han Solo’s Storyline – had to happen” and “33 Questions we desperately want answered”.  Don’t read these links if spoilers bother you.

There is a great line, simply, "I am your father".  And I guess blue is the right color for the sabre.  Lucasfilm doesn't care for red state ideology.

The film is largely in 2.35:1 format, with the screen height raised for the selected IMAX footage (mostly battle details).  Filming locations also include Ireland and Iceland.

The official site is here. The production companies are, of course, LucasFilm and Bad Robot. Walt Disney Pictures (aka Touchstone Pictures) is the only listed US distributor (Fox seems to be out of it, but Fox Production studios were used).

The concert overture music for the closing credits, by John Williams, has a nice fugue, which is a little strange with the Vaughn Williams style harmonics. The music ends quietly.

Disney is planning to add a major Star Wars attraction to both Disneyland in CA and the Hollywood Resort in Orlando, blog information here  opening date not obvious.