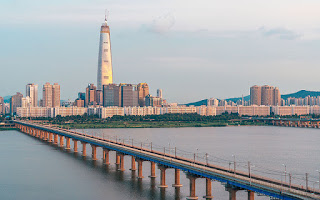 Today, among all the tension in the news, and staying home to hear the president speak, I just watched three more short videos (YouTube) about GLBT life overseas, this time in Asia.  These are interesting, but could use less mundane titles.

Stephanie and Richard do a presentation, “Homosexuality and Being Gay in Korea”.  A friend suggested this in a tweet today, after another tweet critical of “lookism” in the male gay community (call it “body fascism”, which can have social and political implications).

South Korea, although one of the most wired in the world as for Internet use, is described as socially very conservative, with a “don’t ask don’t tell” attitude toward homosexuality.  Many people think it doesn’t exist in Korea.  There is an attitude that “you have to make your parents happy” by giving them and raising grandchildren or else you are a mooch. Strangely, in South Korea men can hold hands without implying they are gay. At gay pride events, photography (and subsequent online posting) is supposedly banned, because showing up in a video can get someone fired. (Remember how it was in the 1980s, whenever television cameras came to the Metropolitan Community Church, those who didn't want to be shown had to sit in a protected area.) In Asian and other non-white cultures, it may be less likely for ideas of male attractiveness to become psychologically imprinted.

The 11-minute short “Do Koreans Hate Gay People?  My Gay Pride Experience”, by Charly Cheer shows, in high-quality (apparently hi-def) video, a pride parade in Seoul in the summer of 2014. The filmmaker pays some heed to the supposed photography ban and manages to get a lot of great shots of the city streets, with people usually at a distance, but some people consent to being close up (often western visitors).  Toward the end, some “Christian” protestors try to interfere with the parade by lying down on the street in front of floats or marchers.  I have never seen this in the US. No doubt, the short distance to North Korea and its missiles could be on people’s minds. This video is really quite impressive and could be a reasonable entry into a shorts film festival.

CNN has covered "The Problem with Being Gay in South Korea" in a recent (Oct. 2015) article by Kathy Novak, here.

The 9-minute short “Homosexuality in Japan” by Ero Jero, maintains that gay life is tolerated in Japan but there is an attitude that it can’t be a problem in Japanese culture.  That’s curious inasmuch as Japan has a real problem with low birth rate and aging society (somewhat related to work culture). Ero, who himself is a white “hunk”, then talks about his experience proselytizing in Japan as a Mormon missionary in the past, and then explains how he makes his videos, without needing a computer (just a tablet or phone and camera), although he admits he’ll need a real laptop again soon.

Quora and Slate have an article from May 2015 about the attitude toward gay people in Japan here.