"Hitchcock/Truffaut" recaps great moviegoing from the past 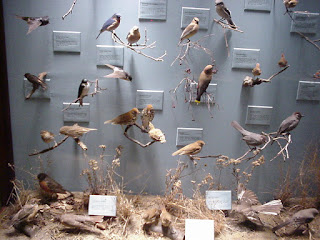 “Hitchcock/Truffaut” (2015), directed by Kent Jones, documents a week-long interview in 1962 of Alfred Hitchcock by Francois Truffaut. The result was a book “Cinema According to Hitchcock” (1966, Simon and Schuster) which elevated Hitchcock’s international reputation from that of mere “entertainer”. Hitchcock was an artist who “painted” or “composed”  (or even “wrote”) with film.

The documentary pays particular attention to three of Hitchcock’s most famous films. For “The Birds” (1963), Hitchcock was seen as the master of space, showing a dock fire in an early scene from the viewpoint of birds flying above.  For “Vertigo” (1958) Hitchcock showed a detective essentially stalking a fantasy of a woman who has died and seemingly been replaced by a doppelganger (a plot idea for a few more movies recently).  This is essentially erotic fantasy that has also been done in some gay films.  In “Psycho”, we watch the anti-heroine steal money and drive into the desert, but we have no idea what awaits her when she checks into the Bates Motel.  Initial audiences in 1960 screamed incessantly in the shower murder scene.

Hitchcock also was interested in how ordinary people could find themselves inadvertently caught up in worldwide dangerous conspiracies, as in “North by Northwest” and “The Man Who Knew Too Much” (two films).

The official site is here from the Cohen Media Group (also HBO Documentary).

As I recall, the documentary showed some of "The 400 Blows" as an early example of Truffaut's New Wave.  Truffaut would pass away at 52 and not live much beyond Hitchcock.

I saw the film at mid-day at Landmark E Street in Washington DC before a small audience. The film is rather brisk at 79 minutes and has a lot of black and white footage.