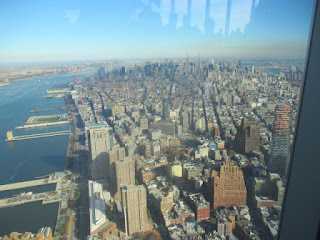 “E-Team” (or “Emergency Team”. 2014), directed by Katy Chevigny and Ross Kauffman, traces the work of observers with Human Rights Watch , which documents atrocities by dictators against civilians.

The film focuses particularly on Syria, with the actions by Bashar al-Assad up through 2013 (including chemical weapons) against rebels (just before ISIL became prominent), and Libya, during Qadaffi’s last days.  The film also gives a lot of history of the Balkans and Kosovo, and Milosevic. Several young activists, who say they are not journalists, are traced, including one whose wife has a baby in Paris at the end of the film.

The footage of the film shows a lot of the destruction and squalor in Syria.  At one point, the observers cross from Turkey by walking over a low barbed wire fence. The women (Anna Neistat is the only credited cast) have to were Muslim dress as “disguises”.  There are scenes back “home” in Paris, Berlin and New York (in the Empire State Building, where HRW is located).

Yet, on September 11, 2013, Vladimir Putin offered an op-ed in the New York Time, “A Plea of Caution from Russia”. Putin claimed that poison gas was used by rebel forces themselves and that western intervention was making Syria more unstable.  And today it has ISIL in part of the country.
Dictators and terrorists, for related reasons, view civilians and regular combatants as in one boat.  But when a country’s government has a military draft for some of its citizens (as with only men), it is making a statement that it can demand differential risk of combat from some of its citizens.  The possibility of forced civilian involvement creates moral debates about resilience among regular civilians as well as leadership.

The official site is here , for Big Mouth Productions.  The film was shown at both Tribeca and Sundance, and is distributed online and in DVD by Netflix.