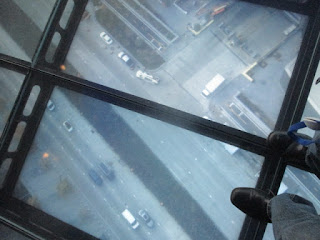 “Day Zero” (2007), directed by Robert Gunnar Cole and written by Robert Malkani, supposes that, as part of the War on Terror (if that is an acceptable term), the military draft has rather suddenly been reinstated in the U.S.  The film was shot in 2007, while Bush was still president and quite a long time before Obama’s pullout of Iraq and drawdown in Afghanistan.

The film opens with a prelude summarizing the history of the military draft from World War I through Vietnam.  Later, it makes the strong point that today’s Millennials grew up without the draft and barely understand its possible moral implications.  At least one reviewer on imdb calls the film “ballsy”.

Of course, the film presents plenty of outdoor protests, and makes the point that many people believe that the draft would only justify US aggression in Iraq and other middle Eastern (Muslim) lands.

The reimposed draft appears to apply only to men (but up to age 30, rather than the previous 26), and homosexuals are excluded.  The film was shot four years before the repeal of “Don’t Ask Don’t Tell” and Outserve-SLDN had done some contingency work on how a draft could affect gays after 9/11. 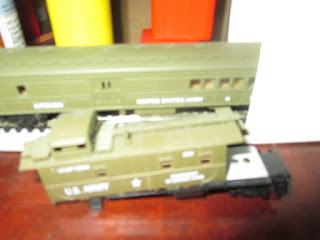 The film traces the history of three male friends in the thirty days before they have to report to Penn Station at 7 AM on a Saturday morning, starting with each one’s getting a draft notice in the mail.  Actually, the film doesn’t show them being formally inducted and sworn in before be transported, which is how it would really work.  The film does not show

One of the guys is a writer Feller, played by Elijah Wood (“Frodo”).  He tells his publisher he won’t finish his next book and has been seeing a female therapist for years, and she tells him to make a bucket list. He smokes, and complains at the gym that he is skinny and fat at the same time.  Toward the end, he shaves and tattoos his head.  And, the night before he is to go, he jumps.  (The film shows a noose at one point as a foreshadow.)  In one scene, he says his other book was an example of plagiarism.  It was a story of a man rescuing his sister from a volcano (hint – physical courage to protect unchosen family).  He had heard the tale on a trip to the South Sea islands and moved the setting to Alaska.  He was a real writer, doing other people’s stories for hire, not his own narrative (like me). 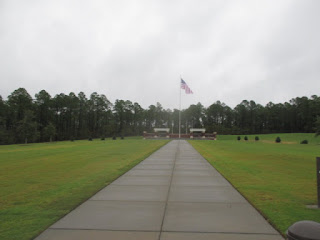 The second guy is a Rifkin, a corporate lawyer played by Chris Klein.  He may have the political connections (and “book smarts”) to get out of it.  Well, I didn’t care for his chest. 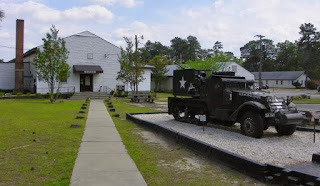 The third guy is Dixon, a cab driver played by John Bernthal, the guy with street-smarts and the ability to protect others.  He has less doubt that he should go than the other two.  He even says at one point that if the enemy (presumably “radical Islam”) is not stopped overseas, it’s only a matter of time before it detonates a nuclear weapon in the US, with New York City the first choice. I could add other dangers, like dirty weapons, or EMP devices (which don’t have to be nuclear).

There is a pivotal scene in the middle where the guys go into a gay bar with the idea that they can fake open homosexuality to get out of the draft.  A fight ensues (as they don’t know how to behave when cruising) and they get bounced.

For all the good points it makes, how realistic is this movie?  I recall that on Sept. 14, 2014,  Senator Carl Levin was discussing restoring the draft on CNN, just three days after 9/11.  Charles Moskos, who had authored “don’t ask don’t tell”, argued for restoring it and in an email to me said “Gays should get behind conscription; then the ban would be lifted.”  Moskos, with Paul Glastris, wrote an article arguing for conscription in the Washington Monthly in November 2001, link here.  Israel drafts men and women (and lifted the ban on gays in the early 90s), and Switzerland also drafts men (including gays).

A good question would be, why doesn’t the film present women as being drafted?  Maybe 90 minutes was not enough time to delve into the possibilities. There's a line where Dixon says getting drafted is a test of manhood.

There are times in life when you have to deal things from the outside world you didn’t choose.  Of course, the more common moral problem is simply making bad choices.  But “getting out of things” can become a moral problem too.  There was a time when leaving dangerous risk taking to others was regarded as cowardice.  That style of thinking is no longer as prevalent as it used to be.  But overlooking it can make us vulnerable to enemies.

The official site on listed on imdb has been overlaid by an advertising site having nothing to do with the film. The distributor was First Look Studios.

This film hits as hard as it can in its brief run time.  It could have used more expansion.

Last picture is of the Fort Jackson Basic Combat Training Museum (in Columbia SC), now closed to civilians because of security issue;  the museum may be moved off base so civilians can visit it (p.d. picture provided by the U.S. Army Post); I've discussed this with them by phone. That's where I took Basic in 1968.  The third picture is the Ft. Jackson cemetery (open to everyone).