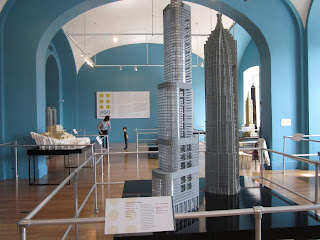 “Chi-Raq” is an effective musical satire by Spike Lee (written with Kevin Willmott) of the social and political climate surrounding the epidemic of gun violence in Chicago.  The movie is as critical of "the system" as it is of the actual street violence.  The script is loosely adapted from the Greek comedy Lysistrata, by Aristophanes, where women withhold sex from their husbands fighting in war until they agree to “sign” a peace treaty with the supposed enemies.  The title is an obvious ellipsis of “Chicago” and “Iraq” and makes a parallel between Mideast Islamic violence with our own economic assaults.

The screenplay does include a lot of “author intrusion” about the social issues, best illustrated when a white Catholic priest Mike Corridan (John Cusack) talks sympathetically about the way de facto economic segregation (enforced by the big banks) encourages young black men, cordoned off, to continue feuding with one another in gangs.  The film does say that most black fatalities come at the hands of other black men and at one point suggests behavior codes, like that from Don Lemon (“Pull up your pants”).  But it also pays heed to police racial profiling, the Black Lives Matter movement, and violent white racism, including the shootings in Charleston, SC by Dylann Roof.  It also notes the recent increase in depravity, where gang codes in the past didn't allow children to be targeted but now, according to recent crimes, do so. It makes what sounds like an oblique reference to Gode Davis's unfinished project "American Lynching".

The cast includes Nick Cannon as Chi-Raq, Teyonah Parris as Lysistrata, Samuel L. Jackson as Dolmedes, Wesley Snipes as the Cyclops (not very apparent), and Angela Bassett as Miss Helen.

The music score, by Terrence Blanchard, mixes hip-hop on the surface with an effective use of ground bass or passacaglia that sometimes can produce a post-romantic effect.

The film is produced by Amazon Studios and will soon be sold VOD, but has a theatrical release by Lionsgate and Roadside Attractions. But both studios avoided their usual musical trademarks, as if the director felt they would detract from the music to follow.  The other production company is, of course, Spike Lee’s own “40 Acres and a Mule”.

I saw the film (“A Spike Lee Joint”) at the AMC Hoffman Center in Alexandria, before a close-to sold out walk-in audience late Friday night.  The film is not placed in as many newer more convenient theaters as it might be.