"Who Am I?" German thriller about a hacker's backstory 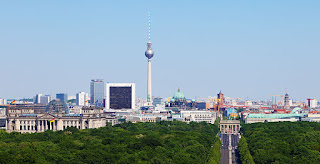 “Who Am I?  - Kein System ist sicher” (or “WHOAMI - No System Is Safe”, 2015), directed by Barab bo Odar and written with Jantje Friese”, was offered Friday night as part of a small film festival “Film Neu”  at Landmark E Street in Washington DC. It was shown in one of the larger auditoriums, over half full at the late showing. There had been a QA after the earlier show. 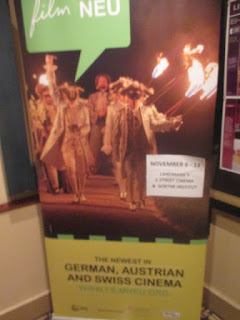 A computer hacker, Benjamin (Tom Schilling) has found three of his companions dead in a hotel room in Berlin.  Soon in custody, he is telling his back story to a sympathetic therapist Marie (Hannah Herzsprung) whom he has himself hacked.  He wants to start life over under witness protection. 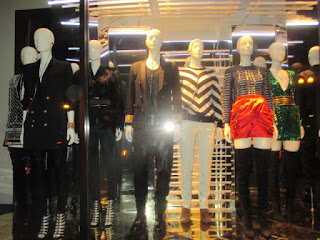 But is his backstory real, and were his companions (especially Max {Elyas M’Barek) who had a little but of an erotic fixation on him) real, or just fantasies? His whole narrative, cleverly filmed around Berlin (and possibly Denmark, around the channel crossing) to look like TRON, comes across like “Jacob’s Ladder”.  His family is troubled – his mother had committed suicide and his grandmother has Alzheimer’s.  He has emulated superheroes and wanted to become one of them, so he would be the super hacker.  He was better even his “script kiddie” buddies.
Much of the hacking involves physical access to facilities, including the German equivalent of the FBI, and using various devices and thumb drives, rather than simply connecting to inadequately protected servers through the Internet.  Indeed, much of the threat to infrastructure (including the power grids, as in Ted Koppel’s book “Lights Out” which I will soon review) would involve physical intrusions.  (In fact, the film presents several brief hacking-produced power outages, but they might not be brief if from real enemies.)  The film often refers to “dark web” and similar ideas without clear ideas as to what they mean.

The film was shot 2.35:1 but for some reason Landmark fit it within the regular screen and didn’t take full advantage of the screen space (as if prepared to show short films of varying aspects in one presentation).
The official site is here.
The film was labeled as Sony and Columbia, but if distributed soon in the US will probably carry the Sony Pictures Classics brand.
Wikipedia attribution link for picture of Berlin, by Thomas Wolf, under Creative Commons 3.0 Share-Alike license.  I visited the city and the Brandenburg Gate area in May 1999.  Last picture is a storefront in downtown DC near the theater.