"Trumbo" made screenwriting a real family business, to fight the Blacklist 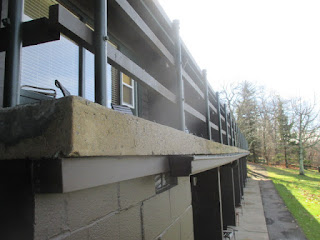 The biographical drama “Trumbo”, directed by Jay Roach, based on the book by Bruce Cook, is a live-action version of the 2009 “American Masters” documentary by Peter Askin, reviewed here Sept. 2, 2009.

Dalton Trumbo (Bryan Cranston) was the most famous Hollywood screenwriter affected by the anti-Communist blacklist that developed after the “Hollywood 10” were grilled by the House Un-American Activities Committee and jailed for “contempt of Congress”, in the post World War II Red Scare that became McCarthyism (like the film “Tall Gunner Joe”, by Jud Taylor, 1977).

The film says that Trumbo had joined the Communist Party during the Depression, and believed this was OK because the US and Soviet Union had been allies against Nazi Germany, until the politics suddenly changed after the War ended. There is a line early  (right after the fibbies visit his ranch and subpoena him)  where Trumbo tells his daughter (Meghan Wolfe) that communism is nothing more than a kind of personalized radical hospitality. 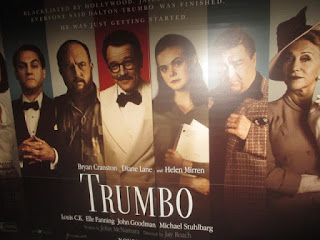 What seems remarkable is how easily the public was manipulated by propaganda, which included hacks and columnists in Hollywood like Hedda Hopper (Helen Mirren) who, in this gatekeeper-controlled pre-Internet world, flaunts her power to destroy people in her writings.
The lawyers had expected to get him off with the Supreme Court, which is scuttled when a liberal justice dies.  In prison, he experiences being a prole.  There is talk in the film about being both rich and leftist at the same time.

After he gets out, he uses the underground black-market to get working again, writing hack B-movie scripts for Frank King (John Goodman). Screenwriting and storytelling, on a manual typewriter even used from a bathtub with scissors and tape, becomes a real “job skill”, like programming, rather than something that is “creative” as I would understand it.  He doesn’t tell his own story (like I do).  He writes what others want.  The National Writers Union would applaud.

Finally, Otto Preminger (Christian Berket, “Exodus”) and Kirk Douglas (Dean O’Gorman, “Spartacus”) are so impressed that they break the Blacklist and use his name.  (His “Roman Holiday” has already won Oscars secretly.)  I recall that “Spartacus” has a marginally homoerotic scene at the end. Hollywood spectacles in the 1950s, augmented by Cinemascope, accounted for a lot of chest shaving. Little did I . know as a kid.

When Trumbo accepts an Oscar at the end, he notes that McCarthyism was a systemic societal problem, not any one person’s fault.  People reacted to media the way they thought they had do, based on their own circumstances and personal life narratives.  Is that how I should react to my November 1961 from William and Mary for admitting “latent homosexuality”?
Trumbo would live to age 70, but his wife Cleo (Diana Lane) would make it to 94 and accept many more posthumous awards.

The official site is here  (Bleecker Street, a company named after a street in the West Village that houses Le Poisson Rouge, one of my favorite venues).

I saw this film (124 minutes) later Friday afternoon, Nov. 13, at Angelika Mosaic.  Just before the show started, a tweet about the Paris attacks popped up on my cellphone, before silencing it.  As I left  2-1/2 hours later, the public seemed unaware of what was going on in the news overseas. France had just had its second 9/11. If the world ends, many of us are too sinful to notice.

I have read your blog. it is a nice blog. thank you!
https://www.operamaariana.com/