"Spotlight": how the Boston Globe dug out the Catholic priests' abuse scandal in 2001 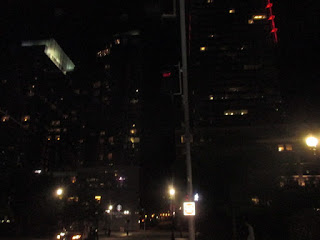 At the Boston Globe, and maybe most newspapers, a “Spotlight” was a long-term investigative reporting project requiring much effort and risk in news gathering (especially interviewing) before a sensational story went to press. 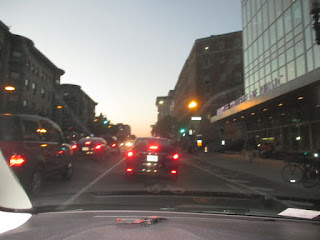 So it was at this paper, even after acquisition by the New York Times, as it sought to keep its own local New England identity.  There’s even a scene at Fenway Park in this movie directed by Tom McCarthy (written with Josh Singer), but the Green Monster somehow doesn’t get shown (it should have been).

The 1976 prologue seemed unnecessary to me, but as the main story opens in mid 2001, the staff (the most conspicuous reporter is the agile crewcut Mike Rezendez (Mark Ruffalo), apparently in late bachelorhood in a small expensive apartment in Back Bay.  A new senior editor Marty Baron (Live Schreiber), having worked in Miami,  arrives, and the staff (including Walter, played by Michael Keaton and Sacha, played by Rachel McAdams) is worried about cuts and layoffs.  Already, conventional newspapers are feeling the competitive pressure of “it’s free” on the Internet, even from writers like me (and in 2001, I was actually attracting a lot of visitors with my own low-tech operation).  Marty is at first ambiguous, and wonders how the newspaper can dedicate so many man-hours to a “spotlight” before it produces results.  But when he learns that the group wants to investigate the apparent cover-up of sexual abuse of minors (mostly not always boys) by Catholic priests  by the local diocese and the entire Catholic church up to the Vatican, he’s “in” and even pushes the project. 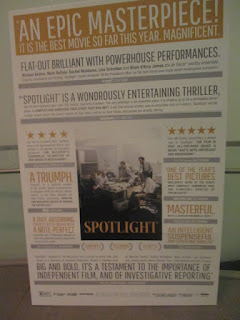 The film, shot in ordinary aspect with a lot of close-ups and indoor newsrooms (set up on Toronto, but with a lot of location neighborhood shots in Boston) is quite talky, without a lot of personal motion.  It seems like it could be a stage play.  The legal maneuvers, concerning whether the newspaper is really suing the church, or what paper files really are public records (in a day before it was common to post them online) get a little hard to follow.  But eventually the news team finds that close to 100 priests in Boston were involved, and that the problem is worldwide.  The story breaks on January 6, 2002.  The film has a brief hiatus to show the 9/11 attacks on a television.  (As a historical fact, there was a major arrest in a hotel in downtown Boston on 9/12/2001, shown on CNN, but since forgotten .)

The film does mention the issue concerning the requirement that priests be celibate as contributing the the likelihood of abuse.  The Vatican (pre-Francis) is so prone to moralizing about "openness to procreation" and (in the past) to calling homosexuality an objective disorder, and yet look at what it has to deal with.  The film explains how unethical priests use the power of religion or "faith" to groom minors, who have no chance of understanding what is going on until at least the early teen years.  The film also notes the Globe's initial resistance to the story because so much of Boston's readership is Catholic (and so loyal to the Pope, for example), a barrier that Baron helped overcome despite his initial concern for the bottom line. Baron also pushes the idea that the journalists have to get everything exactly right before going to press.

The film shows cell phone and Internet (mostly PC) technology as it really looked in 2001.

The official site is here (Open Road, and Participant Media) and encourages the visitor to uncover the scandal for herself.  The filmmakers express an interest in continuing to explore controversial issues.

I saw the film as one of two sneaks Thursday at Angelika Mosaic in Fairfax VA, the later show, not that well attended, but I’m told the 7 PM sold out.  The film is getting Oscar buzz.