"Spectre": Indeed, the writing is on the wall for the world's intelligence services

“Spectre,” the very latest of MGM’s James Bond 007 franchise and directed by Sam Mendes, seems to take us back to the premise of the first film, “Dr. No”, and even the Three Blind Mice.  Well, this time, the theme song is “Writing’s on the Wall”.

I can recall the fascination with the early Ian Fleming novels, once reading one on a bus to Pittsburgh to visit a fellow grad student around 1966, and seeing that first movie in the Arcade in Cleveland.  At the time, SMERSH was the KGB, but popular lore had it that the group was just about being bad for its own sake, and in that first film, terrible things were done to Bond in “No’s” lair.  Now, Spectre is the ultimate terrorist organization, that seems to transcend ideology (even radical Islam) for its own sake.

British secret service is about to disband 007 as the movie starts, after a spectacular prologue in smoggy Mexico City.  In fact, I spent Labor Day weekend there in 1974, just after starting a new job with NBC in New York, and preparing to move into the City, to find myself.  I watched an inauguration, and stood in front of the government buildings in the movie.

Bond – an overpolished Daniel Craig – goes against his boss and recruits "Q"   to his own cause.  Now "Q" is (as in Skyfall) played by Ben Whishaw, the ultimate ethical hacker and super geek, with a certain physicality nonetheless, through all the natty dressing. He looks and acts like a cross between pianist-composer Timo Andres and post-teen nuclear scientist Taylor Wilson (it is that sort of person that the movie wants to present), and is, after Bond himself, the hero at the end..  And throw in the teen medical researcher Jack Andraka, too, who wants to inject nanobots into all of us so we can catch cancers early and treat them painlessly.  Here, "Q" injects the nanobots into Bond’s forearm, rather like an early flu shot based on “chicken man”.  But the nanobots allow "Q" to track Bond around the world.  (They can also track medical vital signs – and remember the series “Jake 2.0” on UPN).  "Q" says he has two cats to support (not dogs, or human or cetacean children).  "M" is played by an aging Ralph Fiennes (and Judy Dench makes a cameo video.) 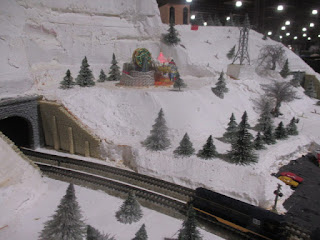 Bond hustles to Rome and encounters the fascist group in a bizarre meeting in an old Catholic building.  A care chase ensues.  Then he picks up Madeleine Swann (as if named after the character in “Vertigo”, lyed by Lea Seydoux) on a mountaintop in Austria, and learns of her connection to his own “adoptive” parents which leads in turn to the point of Spectre (with its octopus symbol) is to hack any government and attack any city to force all the world’s intelligence agencies to pay it ransom.  The villain Blofeld is played by Christof Walz, whose legs are balding but not a cause for shame.  Blofeld is pretty much a caricature of Vladimir Putin. His nerve center is in a lonely spot in the mountains of Morocco, south of Tangier.  The movie indeed gives us a feel of “Parts Unknown” without Anthony Bourdain to sample the food.

There’s a curious line where Bond comments on voyeurs who really don’t step up and get involved in things in life themselves.

Official site is here. Curiously, the end credits mentioned that some filming was done in Syria (as well as Morocco).  I don't see how this was possible given what is going on.

I saw the film in Imax at AMC Tysons Corner before a relatively small weekday audience.