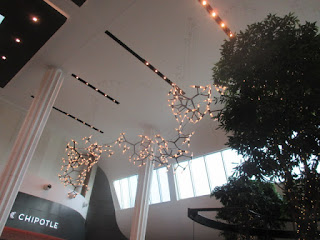 “The Hunger Games: Mockingjay: Part 2” is a clumsy title for a film, since this was a “two part film” for Suzanne Collins’s third book in the “Hunger Games” series, just as the Harry Potter series ended with a two-part film.  And the material seems more routine now, something we expect from a cable miniseries. As with Part 1, Francis Lawrence directs.

It’s not surprising that Kaitniss (Jennifer Lawrence) and her compadres (most of all, Peeta, Josh Hutcherson) bring down the fascist state run by President Snow (Donald Sutherland) who by now must seem like a caricature of Vladimir Putin – except that he is old and feeble.  Panem, with its symmetrical concrete building courts, may echo a mixture of ancient Rome and North Korea.  The people have access to holographic 3-D television, but not much else: no social networks, no blogging, no smart phones, no self-expression.  So China may be a good model.  Well, not exactly, because some cities in China look really sharp. The post-apocalypse alternate world of this series has grown stale, and simply is not as interesting as what is shown in the Potter series, or, or course, Tolkien.
I would expect the four extra Dominions in Clive Barker’s Imajica, to become a TV series, to look interesting, in a way comparable to the planets of Dune or, for that matter, Star Wars.  That would make for a two-part film (comparable in length to the third novel of Hunger) if a company like Lionsgate or Summit wanted to do it. Some series do continue to work, even if this one got a bit worn out. Sequels (unfortunately) are seen as a risk-free way for studios to make profits. 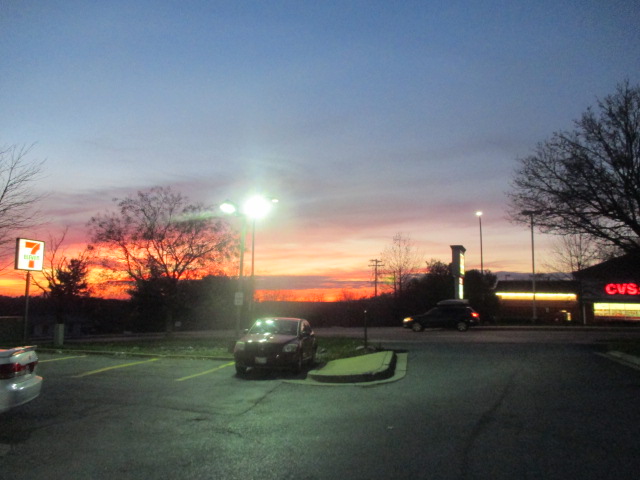 A lot of the scenery in this last film is underground, in a “Metro” or subway, and there are even some mutants.  At the end, the rebels trick Snow, leveraging his power to assemble all the people in the City in one location.  (Imagine this being done even in any large city in China, let alone New York or London.)  That rendez-vous is a public square, not benign like Cleveland’s. 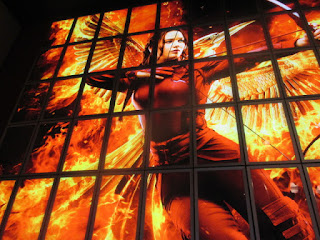 As usual, rebels can be as oppressive as the politicians they replace, and Julianne Moore’s character is ready to prove that.  Kaitniss provides a predictable answer.

The music score by James Newton Howard presents us with a complete 12-minute 3-movement symphony during the lengthy closing credits.  There is a lush slow first movement, a fierce scherzo (hinting at hip-hop, though tonal) and a quiet epilogue, with the music ending quietly on a dissonant minor chord, leaving some questions open.  The orchestral style resembles Eduard Tubin or (in the Epilogue) even Arnold Bax. As with the case of Hans Zimmer’s closing music for “Inception”, this music deserves to be played in a concert on its own terms.

The movie itself ends with a pastoral epilogue, restarting a family that includes the cat.  The film is apparently the last ever for the late Philip Seymour Hoffman.

I saw the film at Bethesda Arc Light Thanksgiving Day, before a fair crowd (I had seen Part 1 there).

The official site from Lionsgate is here.

By the way, I’ve found a couple of YouTube trailers for a hypothetical film of Arthur C. Clare’s “Rendez-vous with Rama”.  Will Lionsgate or Summit really get around to doing this? The material fits this studio’s culture the closest of all major movie studios. People are making their own trailers because they want the film.  How about getting them together?