ABC affiliate WJLA (in Washington DC) has aired the short film (28 minutes) “Diverted: TWA 514”, to tell the story of a plane crash on December 1, 1974 in an early winter storm (of rain changing to snow and 50 mph winds) on Mt. Weather, a ridge between US 50 (near Upperville, VA) and State Route 7 (near Berryville), reaching about 1750 feet elevation.  Farther south, maybe about 30 miles, the Blue Ridge gets much higher (over 4000 feet). FEMA’s emergency operations center (which could supposedly house key government officials) is on Route 601, a miniature “Skyline Drive” along the ridge.   The crash happened about a half mile from that facility (which can be seen from air in the film).  There is said to be a small memorial on the road, but I have never noticed it, and I drove the highway (by coincidence) as recently as Oct. 13, 2015.  There is a YouTube video that shows it.

The film is different from others about plane crashes that may be connected to terrorism (such as “TWA Flight 800” in 1996, reviewed Jan. 4, 2014 on my “cf” blog, where it is unclear if it is due to hostility, or the very recent crash in Egypt or a Russian plane  or the 1988 crash over Scotland, or, for that matter, the Malaysian plane that disappeared [TV blog, Oct. 8, 2014}, or another plane shot down over Ukraine).  In this case, the crash was completely due to poor communication between flight crew and air traffic control over terminology.  Changes were made as a result of this crash.
The plane from Indianapolis and Columbus had been intended to land at National (long before it would be renamed Reagan) and was diverted because of weather.  Pilots at that time often dangerously crossed the Mt. Weather ridge at dangerously low altitudes. 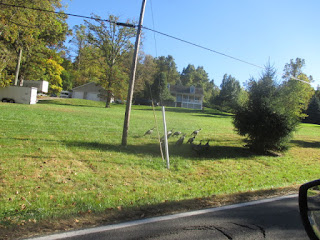 One relative of a survivor interviewed in the film expresses offense at the idea that the news reports had said “no one of importance” had been on the plane.  TWA was quite late in informing passengers at National that a crash had happened. 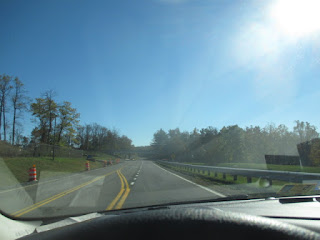 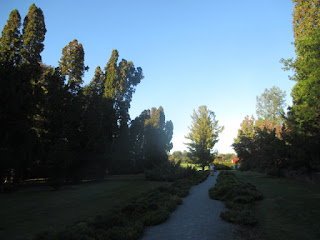 At the time, I had just moved into New York City (as of Sept. 1974) and started a new job with NBC (in information technology). I would have been on the way home by train that night.  I have taken one private plane lesson (from Redbird Airport in Dallas, in 1982m flying about as far as Waco), and flown twice with friends in private planes (once in 1970 from Trenton NJ to Downingtown PA, and then in 1990 from Manassas VA to over the Blue Ridge --- the high central section – and back.  We stayed up around 10000 feet when over the mountain ridge.

Wikipedia attribution link for Mount Weather property as taken by a FEMA employee (public domain).  Much of the property can be seen from 601 but obviously cars can’t stop for pictures. Other pictures here are mine in the area from that Oct 13 day trip.  A related topic would be the bunker under the Greenbrier Hotel in White Sulphur Springs W Va, which I visited in 1997.