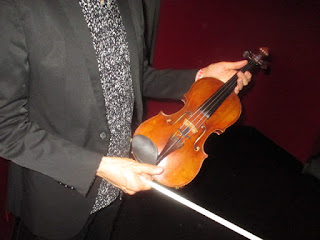 Le Poisson Rouge, on Bleecker Street, hosted a concert by the Composers’ Concordance as part of the Eclectic Virtuosi Series.  The presentation include a mini-film-festival, of three short films shot to music that had already been composed.   The nearly sold-out audience Sunday evening had a significant international and midEast component given the politically sensitive films shown. 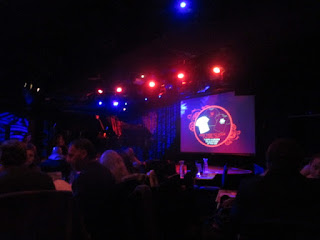 Solo violinist Tim Fain led the concert and performed live in all films.

The most important film was “Beirut Is a House of Many Rooms” (21 min, official site), directed by Mary Harron and John C. Walsh, featuring Hadi Eldebek-oud,  soundtrack mastered by Sheldon Steiger, music by Randall Woolf.

I don’t recall seeing the streets of Beirut, with also vivid aerial shots of the coast, in a film before. It needs to be seen in a large theater. 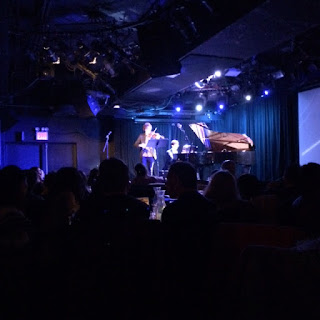 Hadi’s main thought was, when you return home, it isn’t the same. Hadi was present for the showing (seated at the next table and I met him) but chose not to come on stage for public recognation.

There is no YouTube for the film, but there is a 1972 British Pathe video "Beirut Scenes" with no sound.


In the new film, Hadi says that the religious and sectarian violence will never destroy the city.

The first film was “Al’ Airi Lepo Svirie” ("But Aari Is Nice") Serbian, 10 min), directed by Carmen Kordas, music by Milica Paranosic.  There were many abstract Islam-related images, including shawls, and a fence enclosing people.

The second film was “Natural” by Gene Pritsker. This consisted of footage in eastern woodlands (a bit overexposed).  There is no relation to Barry Levinson's 1984 baseball film "The Natural" with Robert Redford. .

Tim Fain has a short film on YouTube “Resonance: A Jump VR Video", produced as an example of a new Google “Virtual Reality” series. My "drama and music" blog has a coordinated post today wth a link to his site which offers a purchase option to get the full experience.

I’ll mention that the new World Trade Center observation deck has a short film “See Forever” that you watch before going onto the deck. You have to pay separate to rent the telescopic viewers. 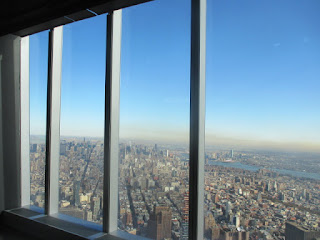 You also have to pay for a selfie to be taken.
Posted by Bill Boushka at 10:34 AM