"Brooklyn": sweet romantic story about an Irish immigrant girl in the 50s is popular with the public 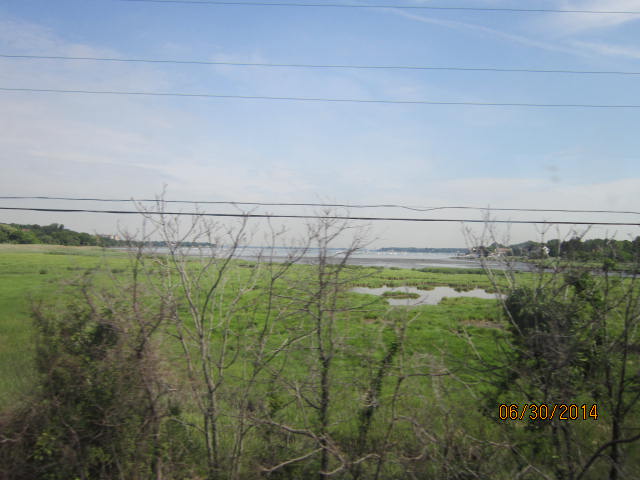 “Brooklyn” (directed by John Crowley) is a sweet period romance based on the novel by Colm Toibin.  “Summer of ‘42” flashed into my mind, but this little story seems to start right when people were settling down to post-war life.

I remember my earliest trips to New York as a kid.  Back in the early 50s (the time of Bobby Thompson’s home run), traffic lights didn’t have amber (the movie misses that detail).   Trains were everywhere. You could take the B&O to Jersey City (from Washington) on a stream engine as well as the regular Pennsylvania (electric).  I have some fond memories of fascination with the Long Island Rail Road and the idea of self-propelled passenger cars.  And both Ebbets Field and Polo Grounds hosted baseball, as well as Yankee Stadium.  I wasn't that ware then of Brooklyn's identity as NYC's most populous borough, as almost a separate city.

My mother’s side of the family has some ties to Northern Ireland, with no interest in the religious politics of the past.  So this film matched my earliest childhood chronologically.

It starts in Eire, or Ireland, where Ellis (Saoirse Ronan), a tad homely, deals with the slow (now 1952) recovery of postwar life, with the ending of ration books.  Soon she gets the chance to sail to the US to live with distant family in Brooklyn, with an entry-level job.  The voyage itself was almost like a military indoctrination, to bossy roommates and to seasickness.  The family wonders how she can leave caring for mom to her sister.

Life even in a group home in Brooklyn (and we don’t see that much of the borough) was socially controlled and regimented.  At work, she first works in retail and is told she must make customers feel welcome (not merely try to do it).  But a generous priest finances her into accounting school at night, and we learn of her slightly Asperger-like fascination with numbers and tabulators (later to become computers).  Still, she falls in love with a young man Tony (Emory Cohen) from an Italian family, who wants to start a home construction business on Long Island, whose suburbs are beginning to boom.

When her sister dies suddenly, leaving her mom alone back in Ireland, she has to return, resolve her homesickness, and fight off a competitive suitor.  But she has already decided on her future life, somewhat secretly.

I saw the film at the newly remodeled AMC Shirlington in Arlington before a fair crowd for a Monday night.   The film looks right in the 1.85:1 format because there isn’t a lot of attention to physical settings (other than on the Irish beach scenes). The theater has some unexpected issues with noise from nearby auditoriums.