"All Things Must Pass: The Rise and Fall of Tower Records": recollections of my own days of collection classical music LP's and CD's 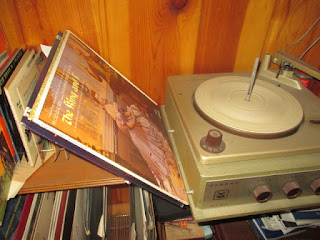 “All Things Must Pass: The Rise and Fall of Tower Records” (2015), directed by Colin Hanks, is virtually a history of the retail record industry from 1960, through the eyes of one once-powerful company, that finally folded into bankruptcy at the end of 2006.  The owners tried to placate customers at the last remaining store in Sacramento CA with the sign of the movie title, and the bankruptcy people overlaid it with “going out of business.”

The company was founded by Russ Solomon in 1960, as he took over a little record retail section in a Tower drug store.  The informal management style led to quick success with LP’s, expansion on the West Coast, to Japan, to the East Coast, and eventually to Europe and the rest of Asia, even Latin America.  The company did very well with the development of compact discs in the 1980s, which raised the price of a typical retail object to about $16.  Popular lore thinks that the company was destroyed by Napster and the Internet, but one big factor was the unwillingness of the music industry to sell “singles” as CD’s, which is how people started downloading music P2P when “it’s free”.  The company also had taken on enormous debt. It is true that today's young adults don't seem interested in building "collections" of classical (or pop) records as did people of my generation.  But cloud collections of "mpeg" and documenting pdf's are possible, but those can be downloaded from Amazon.

The movie features commentary by Russ Solomon himself, his wife and son, Heidi Colter, Chris Cornell and David Geffen.

I recall the Tower Records store near the George Washington University in Washington DC in the 1990s, and it had an enormous selection of classical as well as pop.

Musicians like to work there, some saying this was the only place they could get a job.  I was an avid classical record buyer in the early 1960s (to the consternation of my father), and in Washington DC at the time, the best prices were at Record Sales at 12th and G.  I once asked about a job there myself.

I saw the film at Landmark E Street on Saturday afternoon.