"Resistance" documents overuse of antibiotics and "The Tragedy of the Commons"; West End Cinema in DC will close, arthouse lost 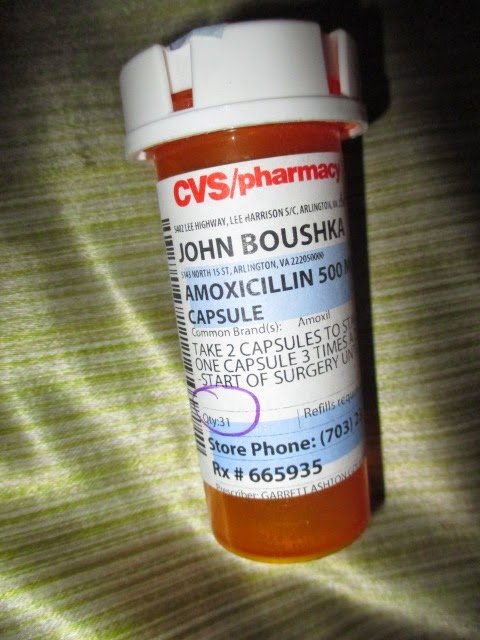 The documentary “Resistance”, by Michael Graziano, at 72 minutes, renders a chilling history of antibiotic resistance.  The film lays out the case that modern society could enter a “post-antibiotic” era.
Very early, the film gives us a chart showing when each major antibiotic was introduced, and when the first resistant strains of bacteria had evolved.

The movie also presents a few case histories, of children who a stricken with fatal antibiotic-resistant infections, often very suddenly, with graphic results.  The film doesn’t actually get into the matter of flesh-eating bacteria.

One child did die of MRSA (methicillin-resistant staphylococcus aureus), community acquired (that is, not acquired in a hospital or nosocomial). It is common for people to carry MRSA in their noses and throats and not have symptoms, because their bodies have gradually developed immunity, even without antibiotics.  My own mother had MRSA warnings whenever hospitalized but never had symptoms.

One problem is that pharmaceutical companies don’t have an incentive to keep developing new antibiotics, because the companies know that they could become obsolete in a few years due to resistance.  It’s more profitable to make Viagra.
Over the years, there has been a tendency for doctors to over-prescribe antibiotics, before they could know whether a given infection (like a sore throat) was bacterial or viral.  The end result is acceleration of the development of resistance. Doctors need "rapid diagnostic tests" for specific bacteria, rather than waiting two days for cultures to grow.  Would the underlying concept of the pancreatic cancer indicator developed by teen Jack Andraka (use of carbon nanotubes) become helpful for testing for bacteria and solving this problem?
I can recall having a few strep throats in the early 1980s.  The last one, penicillin did not work very well, but erythromycin did.  I have not have a severe strep since then, so the inference is that gradually my own immune system developed enough antibodies. In 2004, I developed a severe dental bone infection suddenly, on the opposite side of an extraction, probably as a result of periodontal disease.  The tip of my left jaw and cheek swelled up.  A cat scan was taken and found nothing specific.  But fortunately, it responded to clindamycin.  It did not return, suggesting immune resistance to probably a gram-negative organism.  But the damage done to bone underneath (there was a stubborn cyst) contributed to a decision in 2013 to remove all my teeth and replace them all with implants, costing about $65000 total.  And you can’t do it all in just one day. (I know the Clear Choice ads.)

Toward the end, the film mentions the theory of “The Tragedy of the Commons”, proposed by Garrett Hardin (wiki) which would seem to apply to personal use of antibiotics, to get over something “faster” even when the infection is caused by an infection.  Perhaps the term applies even more agriculture.  The film points out the incentives farmers (and especially large agricultural corporations, publicly traded) feel to use antibiotics.
While many parents think they need to be fastidious about cleanliness in raising small children, exposure to common germs early in life may be good for them, enabling them to develop more immunity long before adulthood or even the teen years.  I was sickly as a boy, but rarely became ill enough to miss work as an adult.
The film doesn’t mention HIV, but it would sound plausible that use of antibiotics to treat certain opportunistic infections could accelerate resistance in some cases.
Another issue is vaccinations (and the debate over vaccine denial will surely prompt another film).  The “vaccine” issue is similar to the bacterial resistance issue in that public health is asymmetric, when it comes to issues of “herd immunity” and the prevalence of environmental dangers, like pathogens – indeed, the “commons tragedy”.  Some bacterial infections are susceptible to vaccines.  College students should normally get separate vaccines for both types of meningitis (especially the deadlier type B) rather than depend on antibiotics if infected.

The film did not cover hospital infection control procedures (including the recent problems with endoscopy);  the rigid handwashing could make for an interesting discussion (it comes up in my novel in a backstory,, as something that could get even stricter).
The link for the film (from Uji Films and FilmBuff) is here. The tagline is, “not all germs are created equal”.
I watched this film on Amazon Instant Play, and as far as I know, it has only limited screenings.  But that brings up another problem.  Smaller movies houses, some of which offer films like this, can no longer compete with the big chains, just as has been the case with bookstores (and even music CD and record stores). 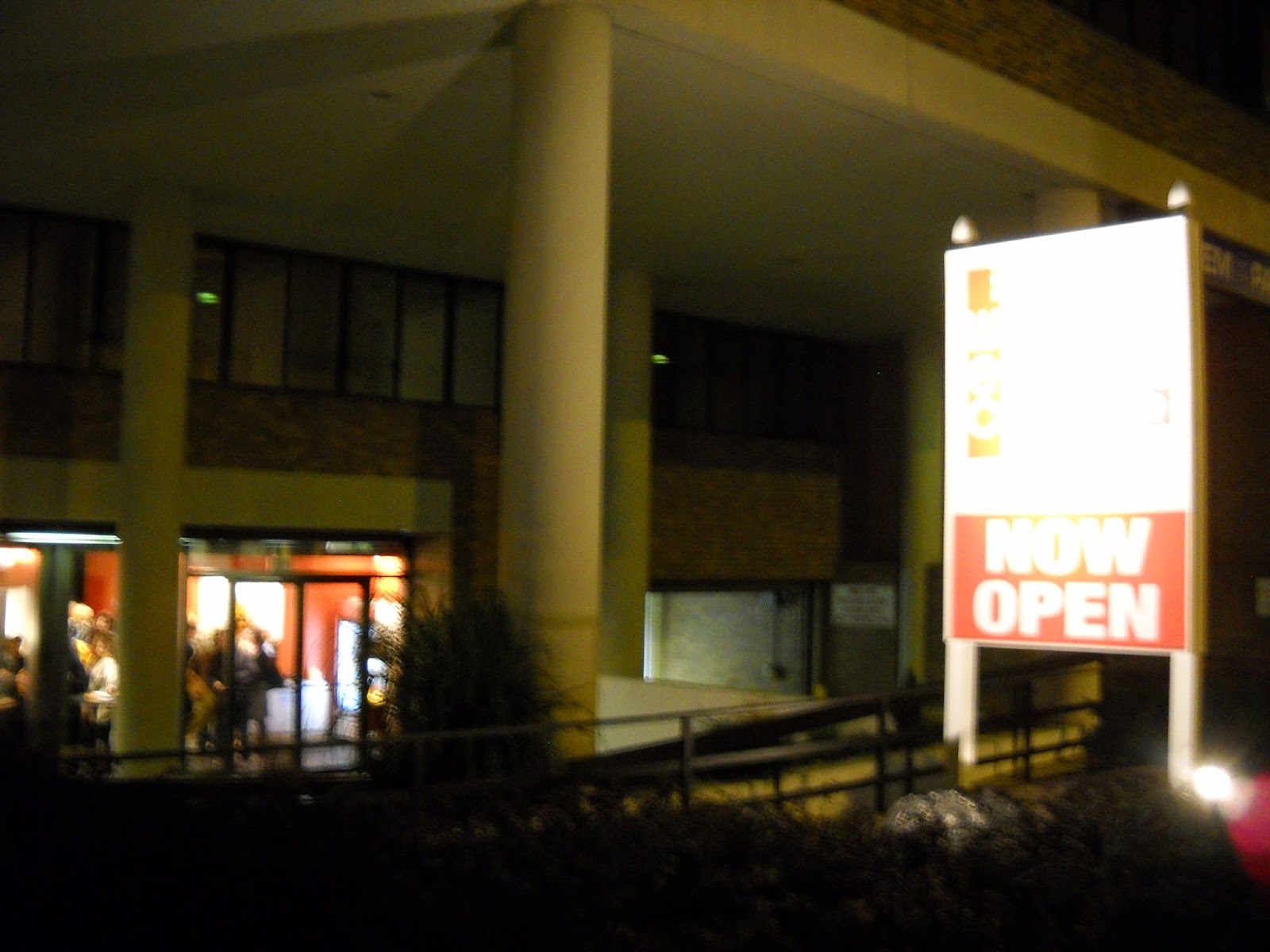 In Washington DC, the West End Cinema (which could logically have shown this film) is closing at the end of March, 2015, according to a news story by Ann Hornaday of the Washington Post, here. I’ve many attended films at the theater, near the GWU campus and about a quarter mile from the Foggy Bottom Metro, numerous times.  Often it is the only theater showing certain small films.  It will be missed.  Many directors held QA’s there. I have often chatted with the owner, Josh Levin.  I am not sure which person he is on imdb, but the Post says he has a documentary film coming out this summer, and I wonder if (like me) he found he had to concentrate all his efforts on getting it done.  The news reports say that the West End Cinema had incorporated into its business model the ability to get hit mainstream films (like “Social Network” and “Argo”) during the awards season in the winter months.  This past season, many larger competing theaters had insisted on exclusive rights, which sounds like possible anti-trust law violations, or at least crony capitalism.  There has been a law not allowing studios or distributors to own their own theaters, although I don’t know if that works in a world of so many small independent companies. 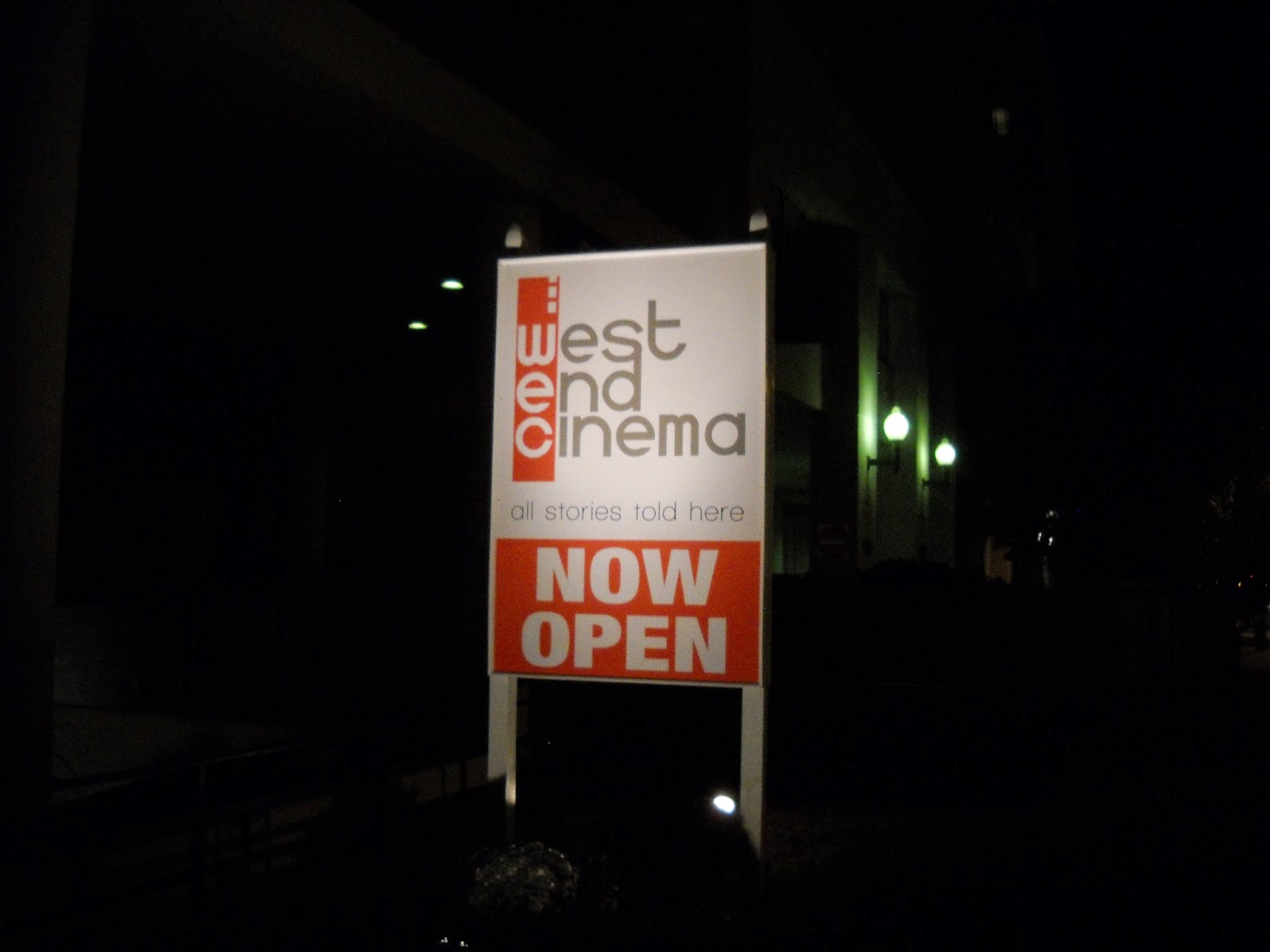 The West End auditoriums are small (although not as small as "The Screening Room" in Kansas City in the 1960), and I usually see the larger films in larger auditoriums. But the theater would have been convenient to people who live in the area, especially GWU students, to see even the more widely available films.  The theater (with the caption “All Stories Told Here”) will be missed.  It is easier to reach by Metro than the Avalon, or the new Angelika Pop-up.
Posted by Bill Boushka at 8:01 AM