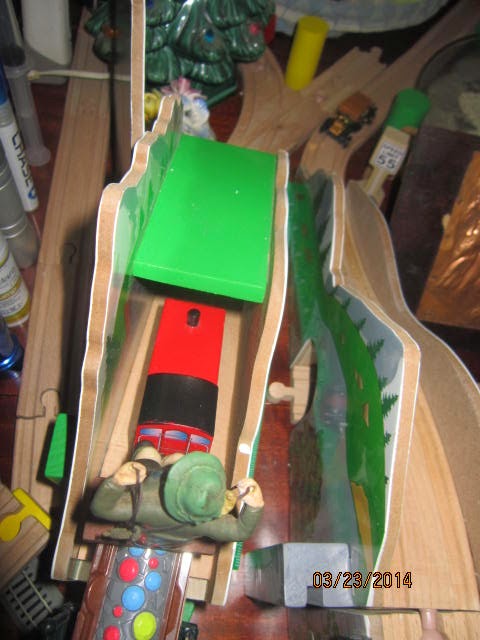 “God’s Not Dead” (by Harold Cronk) definitely proselytizes, but it presents one of the most likable college-age male characters ever in film.  That’s tender-skinned Josh Wheaton, played by Shane Harper (20, any relation to the Nationals' Bryce Harper?).  In terms of personality, he is nothing short of Clark Kent without the powers.  The basic setup is that a troubled atheistic philosophy Professor Radisson at a Louisiana university (Kevin Sorbo) orders his students to hand in a sheet of paper reading “God is dead” and sign it, for 30% of their grade.  Josh, out of pure personal integrity and presented as an 18-year-old freshman, says he is a Christian and refuses.   He winds up being given the opportunity to prove to the class that God exists. (Note that Saturday's film "Enemy" was also about a troubled college professor.)
The class had started with a list of philosophers all of whom the professor said are atheists.  He included Noam Chomsky on the list.  I wondered how Chomsky would react to this film.

I recall, in tenth grade English, we had an assignment to write an argument.  A girl sitting next to me took on the idea of proving that God exists.  The male teacher (former football field goal kicker but very good in class) accepted it.  I don’t remember what I did with this assignment but got an A on the theme, as did she.
Decades later, at MCC Dallas, a friend would court me and try to win me over to “God”.  He really didn’t know where I was with this.

The film weaves together some current and backstories, Robert Altman style.  Josh loses his girlfriend over his integrity. Another young woman faces a diagnosis of aggressive breast cancer, and is ditched by her middle aged boy friend, a securities lawyer rising to the top, because she is damaged goods. .  An elderly woman living with Alzehimer’s Disease is hand fed by her daughter, while that same  stock market lawyer son, rising to the top of the world, considers visiting her beneath him.  Already the film is making a comment on the way we place value on individual people.  A reverend wants to get to a revival in Florida, and his car and first two rentals won’t start, as if “God” didn’t want him to go yet. (I wondered if they could have been exposed deliberately to local EMP radio flux.  That’s really possible.)

Toward the end, the script has to deliver Josh’s presentation and argument.  He talks about the Big Bang, and the fact that intelligent life appeared only in the last second of a cosmological timeline.  (The film I reviewed Friday, “Particle Fever”, presented the idea that if a certain elementary particle, the Higgs Boson, has a certain mass, that is increasing support for deliberate creation of the Universe so that it would “work”.)  Later he talks about morality.  He says that without God everything is permissible.  (In other universes, where other values of basic constants of physics are permitted, things usually don’t work and life can’t get going or hang on.)  But he finally catches the professor on his own circularity (a word Josh uses a lot).  “How can you hate a God you say doesn’t exist?”  (That’s like crawling into a museum clam shell and pretending you don’t exist.)
The professor has his own back story, having had his mother taken from him at age 12 by cancer.  A just God wouldn’t do this, he thinks.  The film does get preachy at the end, when the professor gets downed by a hit-run driver in Baton Rouge, LA, at a location I remember from a 2006 visit of my own.  Only faith can save him in his last minutes.

Even the controversial A+E "Duck Dynasty" show protagonist (Willie Robertson), which originates from the Louisiana swamps, appears; imdb indicates that is really him.
I think that the idea that without God, anything goes, needs some reaction.  One idea common in the interpretation of many religious scriptures is that sexuality should be experienced only within heterosexual marriage when there is openness to having and raising future children.  That is taken by some as “God’s law”, and it can cause different sacrifices from heterosexuals and homosexuals.   The real point seems to be that, while individuals can do well on their own without complimentary in love, it’s essential for society to sustain itself and, moreover, to give those who are disadvantaged some hope. 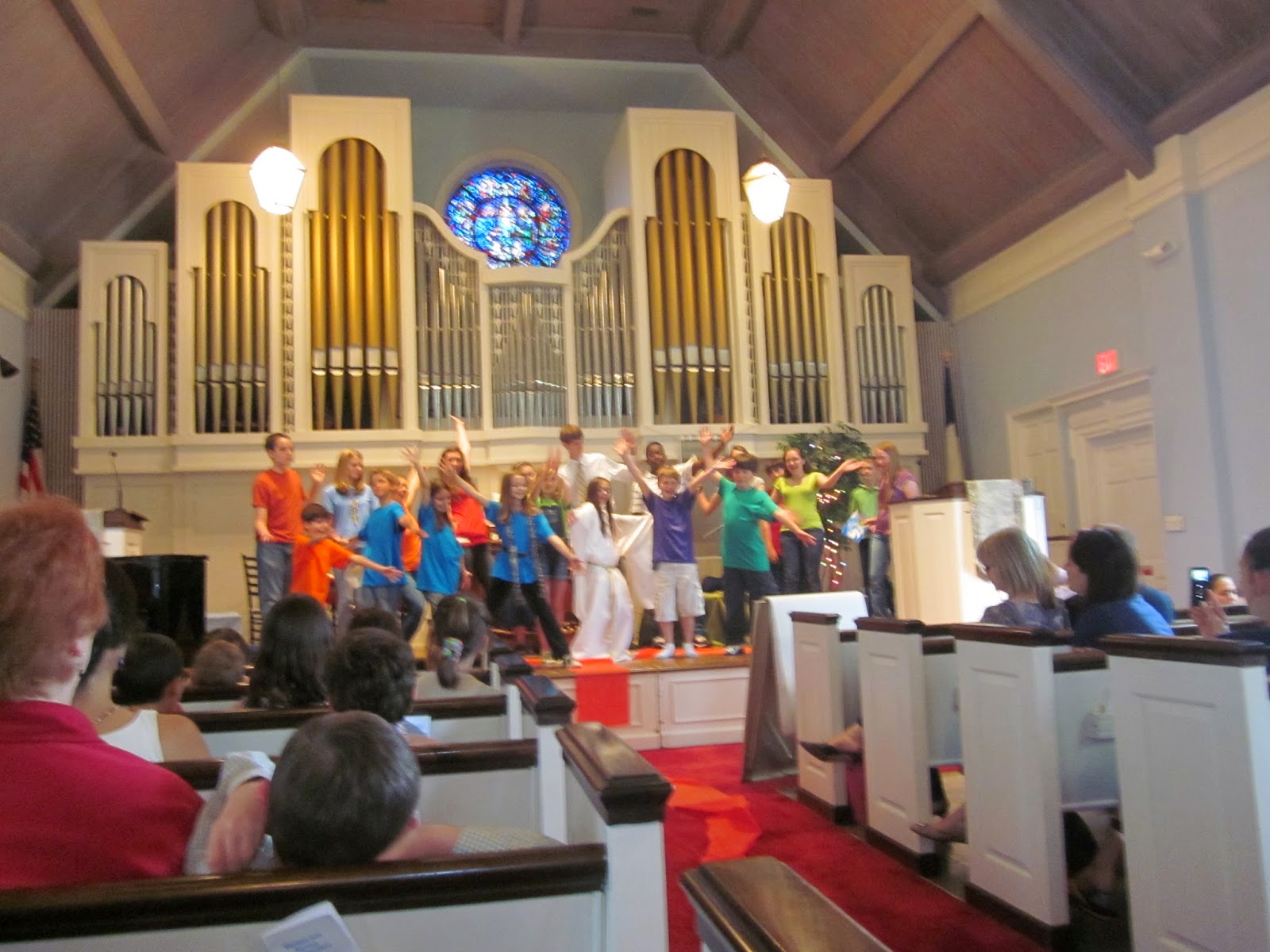 Indeed, libertarian ideas of moral compass just based on voluntary contract and harmlessness seem to fall short in addressing inequality and random vulnerability of people.  Moral ideas that people need to learn complementarity, even when it is personally very challenging, do address fairness and sustainability concerns.  But they don’t necessarily require strict rules of religious law.  I think a good analogy can be shown in the picture above.  The person riding the coal train (a metaphor for over dependence on a standard of living provided by the sacrifices of others) needs to get on the track from the next bridge to get to a community where he is going to learn to adapt to conditions on a new planet.  The law literally will allow him to slide down the incline toward the canyon on the left, taking him back to his old world (although there is still a hidden path to the new one involving more difficulties).  But if he can change tracks, he can get on the right path to his new community,  The energy given to him for “free” by the inclined plane won’t get him on the right path.  He needs energy from another source (pure Newtonian physics) to change course and veer to the “right” (pun).  This energy can come only from his own faith or the “work” of his own “Love”.  But the “moral rules” can be more flexible as a result. Not everything is permissible, but much more is OK is he is able to provide some of his own “work of love”.  Maybe even the bisexual character "Nolan Ross" from ABC's "Revenge" would incorporate this idea of morality (because he often talks about right and wrong).

The idea of "complementarity" as based in scripture is important in one particularly troubling sense:  pure logic alone ("Nietzche") would not guarantee every human a right to life.  That seems to need to be faith-based somewhat. (Without the faith, there is always a risk of slipping to things that Hitler, Stalin and other tyrants have done, capturing whole cultures.)  But (as the film shows, with the backstories) providing that right in a sustainable manner costs others something sometimes.   It requires some kind of political, social and personal commitment to work.
There’s another valuable point here, about loss simply because something is taken from you by things you can control.  That’s the Job idea.  But there’s more than just “believing in Him” and professing it on the deathbed (or when lying in the street after a fatal accident).  It has to do with an entire lifetime based on sound karma.

I saw that the AMC Huntington in Alexandria Sunday afternoon and it was almost sold out! The audience cheered at the end, and the movie urged everyone to tweet or text “God’s not dead” to their social media lists.  Is that spam?

Note the book review ("The ghost at the athiests' feast: Was Nietzche right about religion?)  by John Gray in the New Statesman, of "The Age of Nothing: How We Sought to Live Since the Death of God" by Peter Watson, and of "Culture and the Death of God" by Terry Eagleton , link here. Time Magazine has a followup to its own April 8, 1966 "God Is Dead" cover here, and we have to remember the movie "Rosemary's Baby" (novel by Ira Levin) that alluded to this idea that year.

Second picture: local church produces “Wise Guys” in 2011, not so far afield from this film (Plays, May 25, 2011).  I don't think the musical play has ever been filmed as a commercial movie, but it's obvious that it could be.
Posted by Bill Boushka at 4:09 PM