"The End of Poverty?" explains the enormous gap between rich and poor in terms of colonialism, and then some 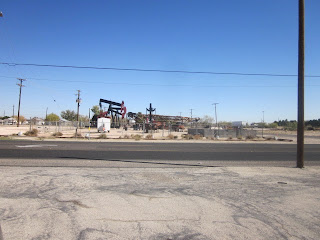 “The End of Poverty?”,  by Philippe Diaz and narrated by Martin Sheen, gives a broad, comprehensive, and personally challenging explanation for the presence of so much poverty, which it presents as much more extreme in “The South” (that is, most of the undeveloped world in Africa and Latin America) as compared to “The North” (western Europe, and the United States and Canada).

The problem, according to this film, started with colonialism.  Countries developed legal mechanisms to make claims on the land and minerals in Africa and Latin America.  They took raw materials from these lands and made finished products back home, and then sold them back to native peoples, indebting them.  The process somewhat resembles mercantilism, the way it is taught in US history regarding Britain’ exploitation of the colonies, except here the exploitation is just of the native peoples, not of the colonists. (And that sounds like it would generate a good AP History free response exam question – remember, school starts now!)

The indigenous people whom the “explorers” conquered (as we learn in grade school history) often had primitive economic systems, almost moneyless, and tended to hold property and income in common, much like some of today’s small “intentional communities” in the West (or “North”).  The people could not easily adjust to commodity and consumerist economies.

The Protestant reformation in Europe, meanwhile, encouraged more individualism (which could gradually hide the feudalism of the “Catholic” past).  Theology was adjusted to accept new ideas of capitalism,  not possible until colonialism provided natural resources “for free”.

As countries gained nominal political independence, they still remained in debt and economically dependent, while their resources were taken.  The film describes the process as “neocolonialism” and the economic and moral justification as “neoliberalism”.  Colonial areas had been regulated to keep their economies single-product and monopolistic.

Then huge multinational companies can “employ” the native people extracting natural resources (and later, as we know with southeast Asia, not covered in the film, in factories) at poverty wages. The people may be worse off than they would be under the historic American system of slavery, where at least the landowners or plantations had to provide the workers food and housing.

Anthony Bourdain's "Parts Unknown" series for CNN has made similar points, particularly in the documentary about the Congo (TV blog, June 10, 2013).

The film has many graphic examples of families with many kids living in horrific poverty, in slums outside Sao Paolo, Brazil, to Kenya and Tanzania.   It also gives many statistics on unequal distribution of wealth around the world and particularly in consumption.

The film does gravitate toward large scale policy solutions, with political reforms that include “commons” ownership of some natural resources, and taxation based on property (and maybe income or accumulated wealth) rather than consumption.  The film seems to ignore the idea that new resources, like natural gas from fracking, are being discovered.

The film warns that violence and revolution tend to arise in societies where the gap in concentration of wealth is the greatest.  That comment invites more "connecting the dots".   But because of globalization (of which colonialism was the first step), the developed population of the entire world becomes at risk of global strikes to bring everyone low -- terrorism.  The most extreme possibility could be an asymmetric EMP attack on technology and electricity, or maybe a cyberattack (as on my Books blog today) -- with or without extremist religious motivation on the surface. Left wing speakers like Noam Chomsky have called some street crime as a kind of "warfare".
What does this say about the morality of the individual consumer?  For a retiree like me, the “debt” issue has a flip side. Our own government has too much debt (as we know from the debt ceiling debate) to the point that accumulated savings, as measured in dollars, could be undermined if dollars are no longer accepted as a “reserve currency”.  So someone like me could be compelled to live with much less, and much more communally, and to share some of the labor risks of others (although at age 70 that gets dubious).   In short, someone like me could be compelled to share more of “social capital”.  That means being better able to share in providing for and taking care of other people, as a prerequisite to marriage and family, not as a result of it.  But to take care of others, you have to be able to take care of “your own” first – a very difficult proposition for someone like me (gay and childless) this late in life.  But for most people, “taking are of one’s own” (family) has provided a focus of moral compromise, accepting some of the limits of sexual morality imposed by religious “family values”, while not accepting more responsibility for others outside the family.  But if one studies the teachings of most religions (including Christianity, Judaism, and Islam) extending that caretaking capacity outside the family becomes morally required, sometimes in a very personal way. Consider the faith-based groups that send volunteers overseas on, for example, water projects, or that try to facilitate international adoption of children.  Overseas "mission" work can get very personal.   We seem to have  a triangle, not a two-sided surface, on the question of individualism, as it affects global economics and the continuation of poverty.  We have hyper-individualism, we have a hybrid of family and individual (common religious moral dictates), and we have eusociality and “communalism”, so to speak, which is common in indigenous communities – and is probably pretty common in other solar systems.
The website for the film (Cinema Libre) is here.

Cinedigm also distributes the film, and offers the full film on YouTube.

I watched the 2008 film online at Netflix, with subscription.