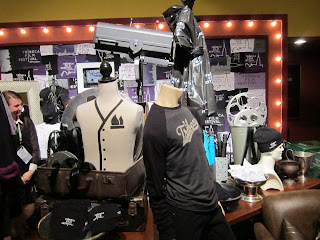 Eytan Fox has followed up his 2003 film about gay soldiers in the Israeli military, “Yossi and Jagger” with a “sequel” called simply “Yossi”, now at the Tribeca Film Festival.

Now, a decade later, Yossi, played by Ohad Knoller, at 34, is a heart surgery resident in Tel Aviv, just now starting to re-open his social life, even at the urging of his kindly boss.  The early scenes in the movie show the continuous residency shifts and wake-ups, and some of the technical details of echocardiology (which was used, in my mother’s case, to determine if she was qualified for hospice care, according to certain measurements used in heart failure).  It even handles the possibility of medical mistakes, being forgivable.
Yossi looks a bit shapeless, which is a bit of a problem for the film, keeping the viewer’s eyses peeled.  He meets a lean, smooth-chested bodybuilder in a gay chat room; when he goes there, the guy chastises him for using a three year-old photo.  He’s really gone downhill that much in just 36 months (it shows on the legs as well as the love handles).
He goes to visit the mother of the past comrade from the first film, inveigling his way into her care.
When, as an indirect result, he goes on a weekend mini-vacation at Eilat, he meets some soldiers, and in time one of the guys, Tom (Oz Zehavi) opens up to him.  The film teases us with a lot of false starts about their starting a relationship. The “climactic scene”, where Tom unbuttons him and demand to keep lights on to “see what he’s getting”, is somewhat undermined by Yossi’s sloppy appearance.  There really isn’t enough tension.
The movie really does offer a lot of great scenery of modern Israel.  It seems more at peace than it really is.


Last night (April 25), I dreamed an extra "deleted scene" that my subconscious proposed for the end, where Tom, after opening up Yossi and keeping the lights on ("how better to see you with" as in the childhood fairy tale), preps the slightly oafish young doctor for surgery. 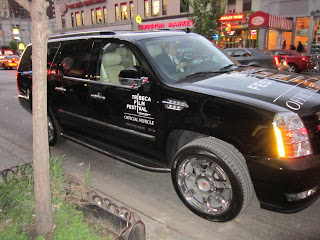 I’ll review some of Tribeca’s short films in another post, but one of their commercials, “Build”, for their shopping bags, does a nice take on “Quasimodo” and the “black swan”, menacing a hapless male dancer’s open chest with cream. There's also a segment with the subtitle "The Mechanic" where a nice young man teases a girl friend at a reception about whether her sweater is scratchy and talks about being flown to London to meet with BBC because "I am an author."  Bizarre!

Strand Releasing will offer this film in theatrical release to Landmark Theaters very soon. Posters are out now.