"The Women on the 6th Floor": a rich man passes through the eye of a needle, into an alternate reality in the attic 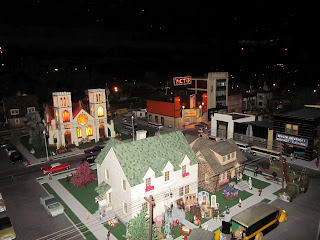 “The Women on the 6th Floor” (“Les femmes de la 6eme etage”) is a delicious French-Spanish morals comedy from Philippe Le Guay, set in the early 1960s, and it may seem like Europe’s answer to “The Help”.
Jean-Louis (Fabrice Luchini) is a middle-aged bourgeois stock-broker and prissy homebody living in an upscale Parisian apartment with his wife Suzanne (Sandrine Kiberlain) who’s already a little tired of him. The two boys are at prep school.
One day, Jean-Louis fires his maid after a flap a over boiled egg, and in comes the vivacious Maria (Natalia Verbeke). He makes such extreme demands of her that she secretly brings all “the help” from the attic servant’s quarters to finish. When Suzanne later throws him out, he moves upstairs and finds himself entranced with another world on the sixth floor.
The movie has a specific political context – the women have escape Franco and neo-fascism – and it stays away from the sci-fi “alternate reality” opportunities that definitely were there (like in Woody Allen’s “Midnight in Paris”).  But the effect is that of a movie about “other world” journeys.  In fact, when he comes back, he hits the road again, to find Maria in Spain.

The concept of "another world" on a different floor also occurs in "Titantic", where the "real people" live down below and "really live", and where the heroine is introduced to this world.  (For that matter, it also happens in "Being John Malkovitch".)
The film (alternate spelling “The Women on the Sixth Floor”) comes from  Palace Films, Vendome Productions and Strand Releasing (3/13/2012; prebook 2/14).
Strand’s site is here.
The title of this film reminds me of a cult gay film from about 1973, "The Light from the Second Story Window", controversial in its day.