"Surveillance": the FBI, the police, and survivors "watch" each other

Some mystery or crime films seem to be set up to experiment with plot gimmicks.
Such is the case with Magnolia (or Magnet) Pictures’s “Surveillance” (2008), directed by Jennifer Lynch (yes, this brutal film is directed by a woman, in fact, she’s the daughter of David Lynch).  After a bloodbath on the Nebraska plains (the film was shot in Saskatchewan, near Regina, a city whose name begs jokes), three survivors are brought in for separate questioning, by FBI agents (Bill Pullman, aging rapidly, and Julia Ormond).  They survivors are a 10 year old girl (Ryan Simpkins), rogue cop Bennett (Kent Harper), and a coke addict (Pell James).  The crime is reconstructed in flashbacks and pieces from the apparently contradictory testimony (including crayon drawings from the girl), and a story emerges where police officers were shooting the tires out of motorists to stop them for speeding and rough them up for money. Then some rear-end crashes would occur, and things would escalate.  But eventually more stuff escalates in the interviews themselves, leading an improbable (and partly lesbian) and brutal climax with its surprise ending.
The DVD has a featurette, “Surveillance: The Watchers Are Being Watched”, by Adam Harding. 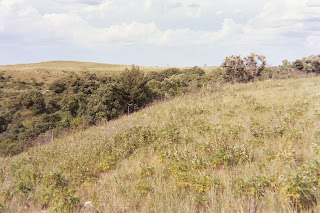 The DVD also has a couple deleted scenes, one of which shows a bizarre “love-in” between Pullman and Ormond’s characters, complete with shaving cream (or was it shampoo) at the end, as the catastrophe is unfolding. She also offers an alternative ending, which she says is personally less logical given the characters, but more like the ending of her dad’s infamous film “Blue Velvet”.
The soundtrack has one song by David Lynch.
The official soundtrack is here. The film was actually available from HDNet on demand before it was in theaters.  (Magnolia has experimented with this way of platform releasing, as with “Bubble”).
Wikipedia attribution link for Regina picture   I almost visited it in May 1998 (just barely got into the province).
Posted by Bill Boushka at 4:54 PM