"Safe House" is more like a big B-movie, South African "modern western", where the CIA replaces the local sheriff 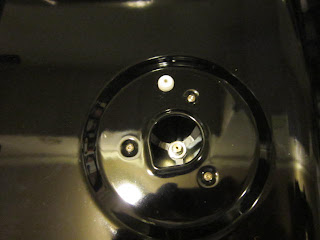 I doubt that Universal-Relativity’s “Safe House”, directed by Daniel Espinosa, tells you much about how the CIA works. It’s rather a big budget B movie, a kind of modern western transplanted to South Africa and the mole world.
Ryan Reynolds plays Matt Weston, a thirty-year-old laid-back CIA operative responsible for manning a safe house in Capetown, South Africa. He longs for an assignment in a city like Paris and thinks he can take his girl friend along, even if she is in medical school.  (It’s hard to have a relationship or to marry in this business.)
One day, renegade mole Tobin Frost (Denzel Washington) crashes in, and despite Matt’s turning tough and letting him be waterboarded, the goons have chased him there and crashed the safe house. That’s not supposed to happen.
The rest of the movie, Matt is trying to bring Tobin in and prove his worth.  There’s a secret “file” or “list” of moles, that everyone will deny – except that in this world Julian Assange can leak it.
The “trouble” with a story like this is its own closed circle.  The rogue operatives don’t represent an existential threat to national security or western civilization, just to the CIA itself.
I’m rather struck with the fact that my own novel script about a CIA operative has no shootouts, almost no chases, but it does deal with an existential “threat” to the world. And I endorse the concept of the CIA picking up an ex-military person and bringing him back to gumshoe a bizarre enough intelligence problem, even while he stays on as a high school history teacher.  Then “the kids” get drawn into the CIA, sort of.  Part of his background was with “civilian emergency reservists”.
I saw this at the Regal Ballston Common in Arlington VA and a large auditorium was fairly full at 8 PM, and an earlier show had sold out (opening night).
The official site is called “No one is safe” and is here.
Posted by Bill Boushka at 8:21 PM