"Red Tails": how did a segregated military ever achieve "unit cohesion" at higher levels? 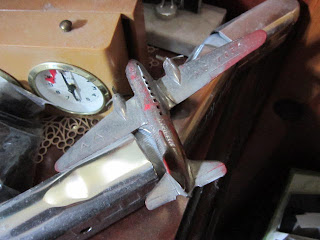 There is a point in Anthony Hemingway’s film for LucasFilm and Fox, “Red Tails”, where Col Bullard (Terrence Howard, from “Hustle and Flow”) tries to argue with his superiors for equal rights for his men, in 1944 Italy.  He is told that equality and rights don’t mean anything until we win the war.  Bullard goes along.  That’s one of the relatively few philosophical moments in a film dedicated mostly to action for its own sake.  So the controversy in Hollywood over funding because of the cast seems moot.
That reminds me of the parameters of the debate over gays in the military when Bill Clinton took office, and the constant comparisons (somewhat misplaced) to the integration of the military by President Truman in 1948 (as demonstrated in the HBO film “Truman” [with Gary Sinese] in 1996).  In fact, given the modern notion (as it has evolved since 1993) of “unit cohesion”, it is rather shocking that we once had a totally segregated military.
In fact, the 332nd Fighter Group, graduated from the Tuskegee training program, remains amazingly cohesive, particularly during the scenes where fighters are shot in the air and have to be talked to crash landings, sometimes successfully.  But there’s a tendency to go wild and go off on one’s own, as in an early scene where the Red Tails attack a train about to enter a tunnel in Italy.  That wreck is especially well done, reminding one of the wreck scene from “The Fugitive”.
Here’s the official site.
This film is a 2012 release, not a straggler for the awards.   (That’s interesting; I wonder if the producers thought it wouldn’t quite get in anyway.  It wouldn’t.)  I wonder if 3-D was seriously considered.
There is a 1995 HBO film “The Tuskegee Airmen”, directed by Robert Markowitz, also starring Cuba Gooding Jr. (who appears in this newer film).  In that film, there was more emphasis on the idea that the Red Tails provided a cover for the white mockingbird-like “dive bombers”, and John Lithgow had been chilling as the bigoted Senator Conyers. I rented it from Netflix but saw it sold at a Smithsonian gift shop.
“Beyond the Trailer” offers this YouTube preview of the current film:
Posted by Bill Boushka at 6:48 AM